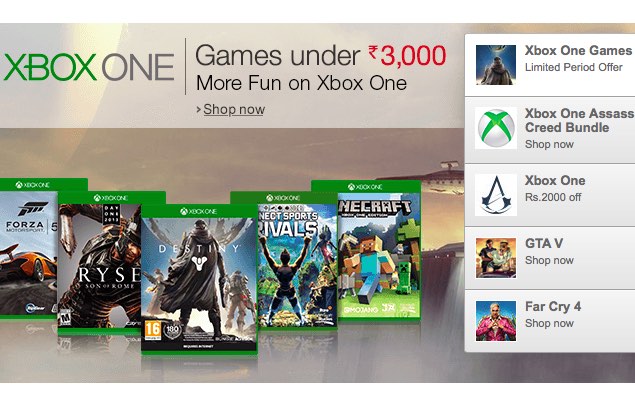 If you've waited to pick up critically acclaimed Xbox One exclusives such as Halo: The Master Chief Collection and Forza Horizon 2, you've been rewarded for your patience. Amazon has discounted these two games, as well as others such as Sunset Overdrive and Kinect Sports Rivals.

Usually any of the games mentioned above would cost you Rs. 4,200. However Amazon India has listed them at a 30 percent discount, costing you Rs. 2,999 per game instead. It's not as good as the 40 percent off that Amazon did on Xbox One games during its Diwali sale but it's good enough for the discerning bargain hunter.

These deep discounts mark yet another move from Microsoft and Amazon India to push sales in a country that has not been as receptive as the companies had expected to the Xbox One's launch.

You can check out the discounts here. Amazon India has listed this as a "Limited Period Offer" with no end date to this sale which means you might want to hurry before the games revert to their original price.

Are you picking up any games up on sale? Or do you wish that there were some other titles up for grabs? Let us know in the comments.