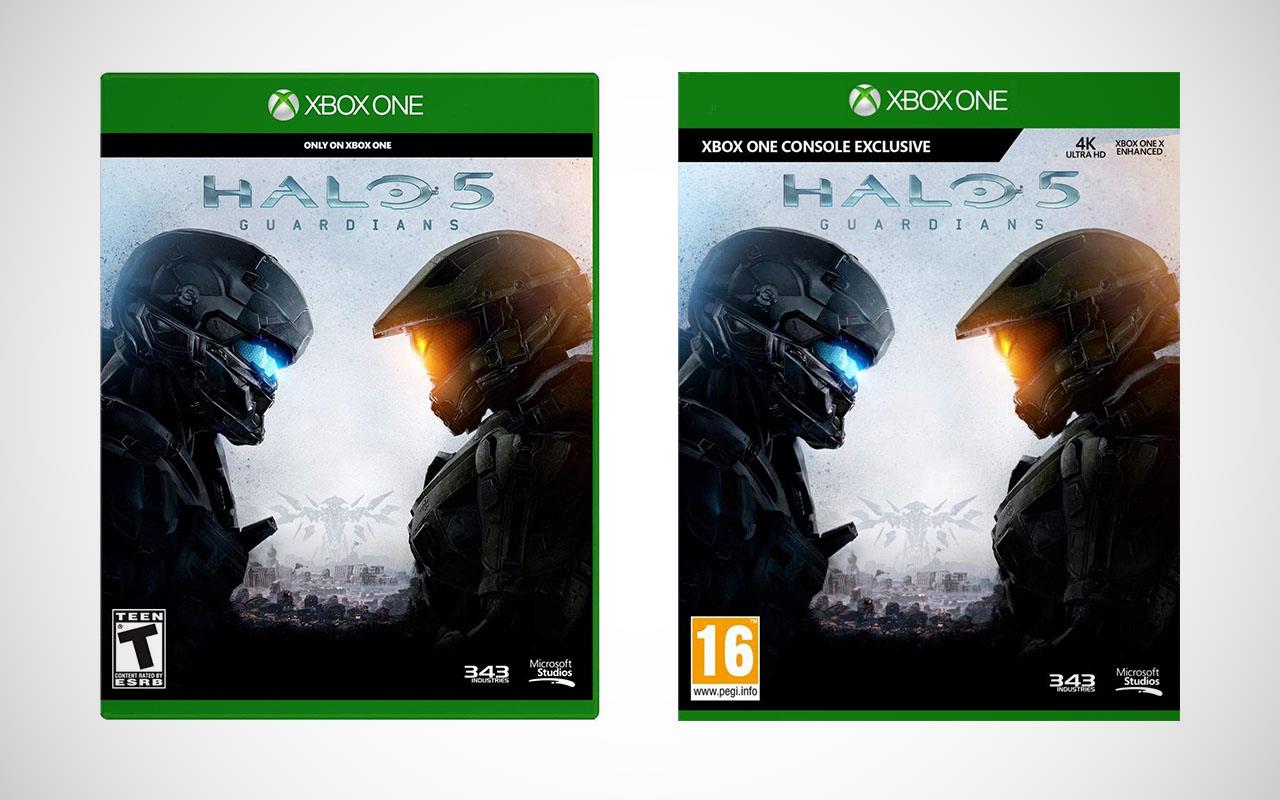 (left) the old box art for Halo 5: Guardians, and (right) the new one

Halo 5: Guardians might be on its way to PC.

Over the weekend, an Amazon.com listing for Halo 5: Guardians for the Xbox One had its box art changed, which went from reading “only on Xbox One” to “Xbox One console exclusive”. That suggests its publisher Microsoft Studios might be considering bringing Halo 5: Guardians to PC, which would fit right within the new wording.

Microsoft began using “Xbox One console exclusive” after the introduction of the Xbox Play Anywhere cross-platform purchase programme in September 2016. (Halo 5: Guardians was released in October 2015.) It allows Windows 10 gamers to enjoy Xbox One titles made for the console. Since its rollout, every first-party Microsoft title from Forza Horizon 3 to Gears of War 4 has been included.

The “Xbox One console exclusive” wording has previously been spotted on the retail boxes of games such as Sea of Thieves and Super Lucky’s Tale, and is also visible on the boxes of upcoming titles Forza Horizon 4 and Gears 5. This serves as a further indication of that Halo 5: Guardians might soon release on Windows 10.

It’s been two years since Microsoft released Halo 5: Forge, a free version of the game’s map editing tool, for Windows 10. It also allowed users to host and play matches with up to 16 players. And it’s been 11 years since a full version of a mainline Halo title – Halo 2 – was released for PC.

Beyond that, four Halo spin-off titles are available on PC via the Microsoft Store: Halo Wars, Halo Wars 2, Halo: Spartan Assault, and Halo: Spartan Strike. The next game currently in development, Halo Infinite, will be an Xbox Play Anywhere title.