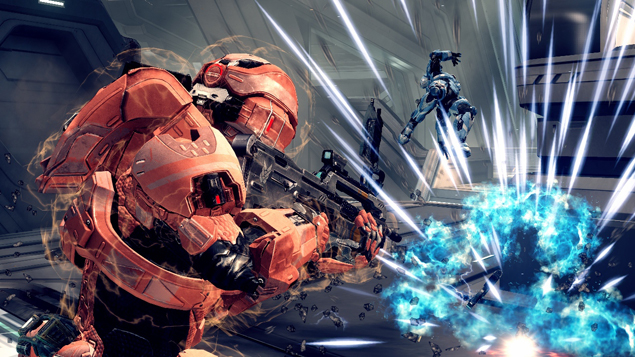 Action-shooter "Halo 4," released last Tuesday, is on its way to reaching $300 million in global sales in its first week, making it the biggest launch in the decade-old Halo franchise's history, the company said.

The previous installment "Halo: Reach," the fourth game in the series, launched in September 2010 and raked in $200 million in global sales on its launch day.

The Halo franchise has generated over $3.38 billion in revenue since its 2001 launch, Microsoft said.

Shares of the world's largest software company closed down 2.1 percent at $28.22 on Nasdaq.

The Halo series, made by Microsoft Game Studios, spearheaded the company's foray into gaming that began with the 2001 launch of the first Xbox.

"Halo 4" is a key title for Microsoft, heading into the holiday shopping season.

Industry watchers say "Halo 4" sales figures will shed light on whether the game can revive flagging sales for the videogame sector, and beat "Call of Duty: Black Ops 2", which goes on sale on Tuesday and compete for the title of 2012's top-selling game.

The first-person shooter series, published by rival Activision Blizzard Inc is now the biggest-selling title on the Xbox.

In the game, "Master Chief" is pitted against deadly aliens in a quest to save humanity and Cortana, his longtime friend and artificial-intelligence construct.

To celebrate Master Chief's return in "Halo 4," the company held splashy launch events across the world.

Last week, a spectacular Halo glyph display - 50 feet in diameter with over 113,000 LED lights - was flown by the company on a helicopter over the Thames River and was visible for miles around London.

All titles before "Halo 4" were created by Bungie studios, which Microsoft acquired in 2000. Bungie split from Microsoft five years later to work independently.

Bungie then signed a ten-year deal with Activision Blizzard and is working on various projects with the game publisher. Microsoft retained Halo's intellectual property rights.