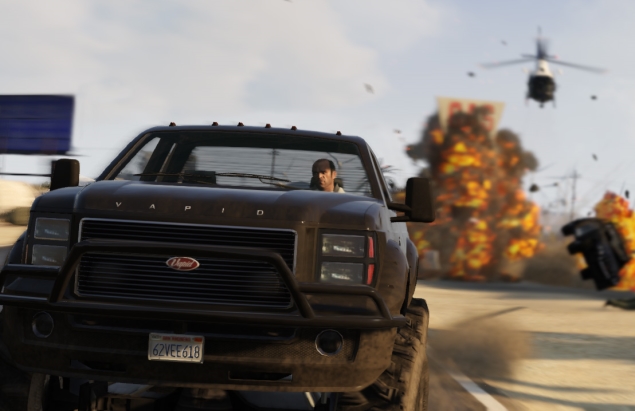 One of the most popular open world games, GTA: San Andreas, has finally entered the Windows Phone Store marketplace.

The game's downloadable size is 19MB and requires an additional 2.5GB to run. Since the download size is huge, the users have been recommended to download the game via Wi-Fi connection.

Grand Theft Auto: San Andreas, created by Rockstar Games, features re-designed high-resolution graphics along with lighting enhancements and revamped colour palettes, according to the developer. The game is also said to include improved character models.

The game is yet to reach Indian Windows Phone Store market, and currently costs $6.99 on the US store.

Recently, Asphalt 8: Airborne, a trending racing game for mobiles and tablets, was made free to download for Windows Phone and Windows 8 platforms.

The game, created by Gameloft, takes up a size of 800MB on Windows Phones and around 1GB for Windows 8.

Apart from Asphalt 8, other recent gaming news on the Windows Phone platform saw Disney making seven of its gaming titles free for Windows Phone devices, available for a limited time via the Windows Phone Store. These seven games from Disney include Where's My Mickey?, Tor Story: Smash It!, Where's My Perry?, Where's MY Water?, Wreck-It Ralph, Monsters University and Avengers Initiative.