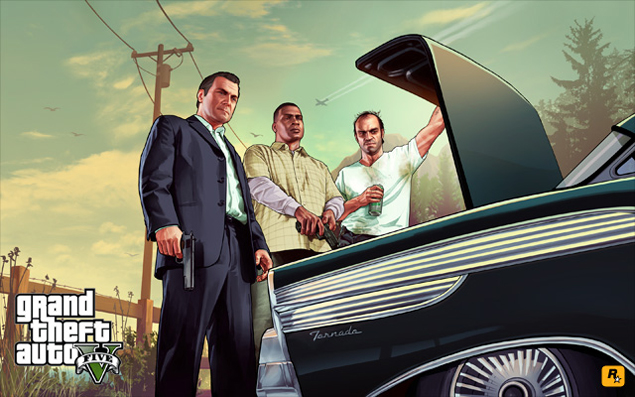 Grand theft Auto V made it to our list of the top 10 and top 25 games to watch out in 2013. We know that the game is expected to release this spring. But now a new report is indicative of the game being expected to ship by the end of March.

Nick Ritenour, a commenter on iDigitalTimes posted that Grand Theft Auto 5 will begin shipping out March 24, at least for the Xbox 360. He said, "I preordered it from Microsoft...says shipping/release date is March 24. This doesn't mean it's correct lol...but usually if its not known they list it as TBA."

However, after the website managed to further investigate its comments section, another comment mentions that the game will reach Australian shores on April 24. Mat, the commenter claims that he has pre-ordered the game from Australian retailer JB-HI-FI, who have the confirmed date from developer Rockstar itself.

I have pre-ordered Grand Theft Auto V at the Australian retailer JB-HI-FI. I recently updated my pre-order with them and I directly asked when this game will be released, they responded without hesitation and said April 24 2013 (Australian release date). They continued to explain to me that Rockstar Games had notified them of this information. It also says the release date on my pre-order receipt April 24 2012. True story.

A first major title in the Grand Theft Auto series since 2008, the fifteenth game in the overall series, GTA V is set in Los Santos in the state of San Andreas and its surrounding areas, based on modern-day Los Angeles and Southern California. Developer Rockstar says that the game will focus on "the pursuit of the almighty dollar".

For the first time in the Grand Theft Auto series, GTA V will feature three playable protagonists. The multiplayer mode will feature "Crews" similar to Max Payne 3. A new Social Club functionality will connect play across multiple titles, starting with Max Payne 3 and GTA V. Playing the multiplayer mode in both games allows crews seth up in one game to be carried over to the other.

Check out the second official trailer for GTA V.