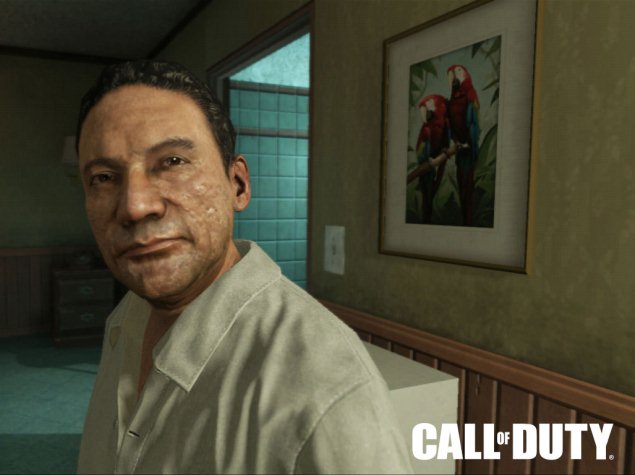 Former New York City Mayor Rudy Giuliani is joining a video game company's legal fight against disgraced Panamanian dictator Manuel Noriega, who is suing Activision over his inclusion in one of its popular "Call of Duty" games.

Activision Blizzard Inc. announced Monday that Giuliani and his firm will ask a Los Angeles judge to dismiss Noriega's lawsuit, which claims his likeness was used without permission in 2012's"Call of Duty: Black Ops II."

Giuiliani told The Associated Press he took the case because he doesn't want the imprisoned Noriega to profit from his crimes, which include convictions for murder, drug trafficking and money laundering. Also, Giuiliani said that if the lawsuit is upheld, it could give historical figures and their heirs veto power over their depiction in books, television, movies and video games.

Noriega sued Activision in July, claiming the company depicted him as a "kidnapper, murderer and enemy of the state."

"I am outraged that he is seeking millions and millions of dollars that he can take down to a Panamanian prison from a great American company," Giuliani said Monday.

"Noriega going after 'Call of Duty,' you should think of it as Osama bin Laden's family going after 'Zero Dark Thirty,'" he said.

The lawsuit contends Noriega's inclusion in the game increased Activision's profits from "Black Ops II." The game earned more than $1 billion in sales within 15 days of its release. Noreiga's attorney William T. Gibbs declined to comment on Giuliani's statements.

In addition to leading New York City's government for two terms - including during the Sept. 11 terrorist attacks - Giuliani is a former U.S. attorney and ran for the Republican presidential nomination in 2008. In private practice, Giuliani worked as a First Amendment lawyer, representing major news outlets such as the Wall Street Journal and the financial magazine Barron's.

"This is an area of the law that brings me back to my youth," Giuliani said.

Activision said in a release announcing Giuliani's involvement in the case that the company plans to argue the game's depiction of Noriega is covered by free speech provisions.

The company noted its games have featured historical figures such as President John F. Kennedy and Fidel Castro.

The story line for "Black Ops II" involved the waning years of the Cold War in the 1980s, with Noriega aiding the game's key villain.

In real life, Noriega was toppled in 1989 by a U.S. invasion and served a 17-year drug trafficking sentence in the United States. He later was convicted in France of money laundering, and that country repatriated him to Panama in December 2011. Noriega, 80, is serving a 60-year sentence for murder, embezzlement and corruption.

He has had health issues in recent months and has been treated for high blood pressure, flu and bronchitis. His family also has said he has a benign brain tumor and heart trouble.

Activision has faced lawsuits before over its use of well-known people in its video games. The band No Doubt sued the game maker after learning their digital avatars in "Band Hero" could be used to perform other artists' music. The band settled the case before trial, and terms were never disclosed.

Activision is still fighting a case filed by Guns N' Roses frontman Axl Rose, who contends the company violated an agreement not to feature guitarist Slash or his band Velvet Revolver in "Guitar Hero III." A judge dismissed the case, but it is on appeal.

Lindsay Lohan is suing the makers of "Grand Theft Auto V" claiming a character in the game is based on her. Take Two Interactive Software Inc. has asked a Manhattan judge to dismiss the case and has accused Lohan of filing the suit to attract publicity.
Comments