Gears of War Is on Its Way to the Big Screen, Again 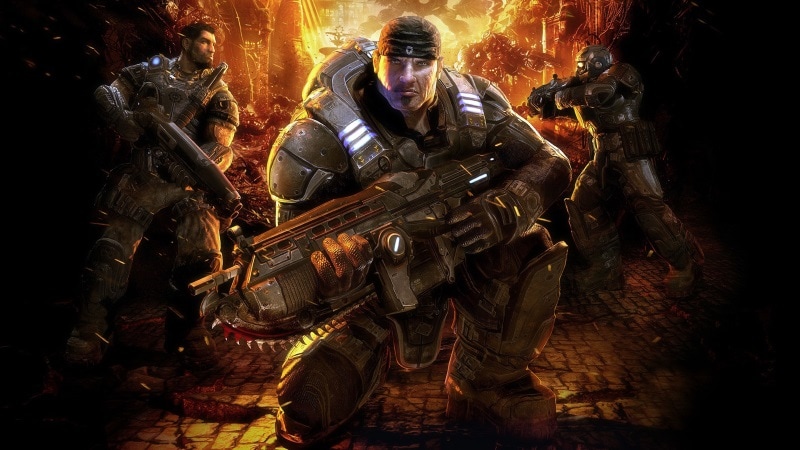 Gears of War, the massively popular sci-fi shooter franchise owned by Microsoft, is headed to the big screen. The announcement was made during a livestream for Gears of War 4, which is releasing on Tuesday.

Universal Pictures has the movie rights to Gears of War, but there is no writer on board yet, according to a new report. Scott Stuber and Dylan Clark will serve as producers with the help of their Universal-based production company, Bluegrass Films.

The Gears of War franchise started back in 2006 by developers The Coalition, and was acquired two years ago by Microsoft Studios who took over from Epic Games. It has sold 27 million copies and been played 2.3 billion hours since its launch, according to numbers provided by Microsoft.

When asked if the film will be a new story or adaptation, series co-creator Rod Fergusson told Variety: “I think you have to let the movies be the movies. They’re two different mediums, and two different audiences in some cases, and I think some video game movies in the past have failed because they tried to make a movie for gamers. If you have this great IP with a deep backstory and lots of lore that you can make interesting stories out of it’s great, but if you just go after the gaming audience then it isn’t going to be a successful movie.”

Fergusson also added that Universal is providing them that freedom to explore the universe, while still retaining “enough lore and canon”.

This isn’t the first time Gears of War has seen plans for a film. New Line Cinema spent years previously developing a script which had a director on board as well in Len Wiseman, who has worked on the Underworld series. But the rights lapsed in time, before Universal and Stuber got attached in 2013.