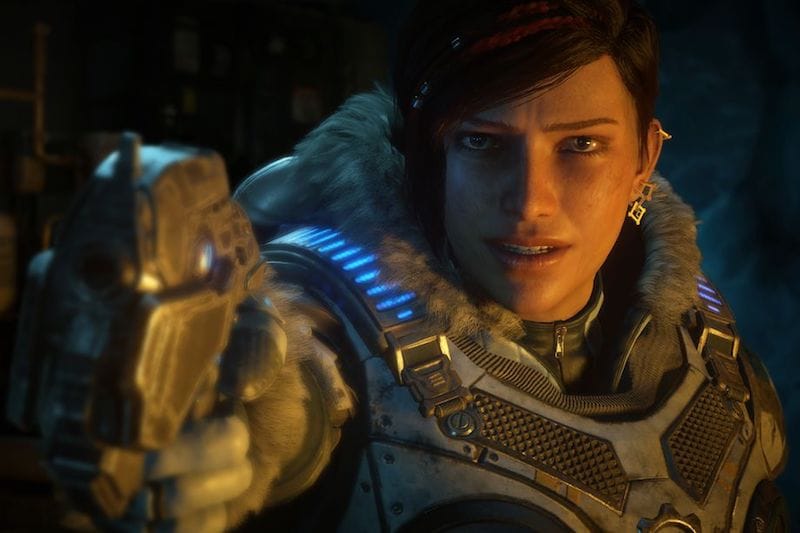 Gears of War 5 was officially revealed at Microsoft's Xbox E3 2018 event and its simply referred to Gears 5. With a generous trailer, it showed off melee combat, a host of different enemy types, and stellar visuals along with some slivers of what to expect in terms of story. And yes, series favourite Marcus Fenix is back as well. Though it doesn't look like he'll be playing a key role this time around. Instead it seems to be focussing around Kate Diaz who was playable in co-op and multiplayer.

Gears 5 will feature both split-screen and online co-op. Microsoft describes it as "the biggest, most beautiful Gears world ever created", it will have support for 4K Ultra HD resolution, HDR, and run at 60fps. It will be available in 2019 on Xbox One and Windows 10 PC.

In addition to this, Microsoft also announced a Halo Wars styled real-time strategy game called Gears Tactics for Windows 10 PC and Xbox One as well as Gears Pop, a mobile app for iOS and Android that looked similar to the Lego games in terms of style and tone.

With Gears 5 slated for a 2019 release window, we wonder what Microsoft has for the second half of the year. Considering Crackdown 3 has been delayed and there's no date for Halo Infinite either, 2018 seems to be the company's weakest line up to date. But with the likes of Gears 5 on the way and significant investments in new studios, there seems to be enough of a reason to bother.