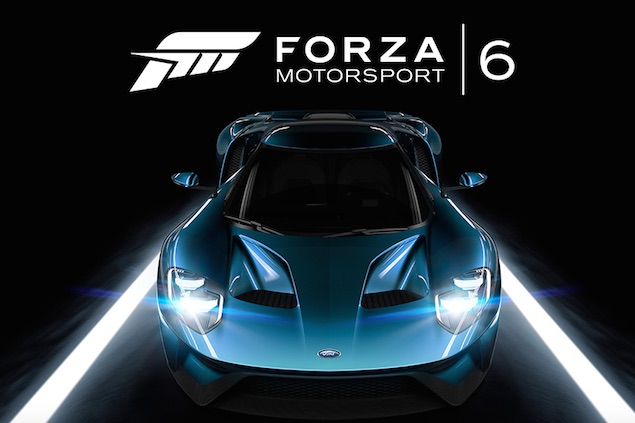 At the Detroit Auto Show, Microsoft and Turn 10 Studios, developers of the Forza series of racing games announced Forza Motorsport 6. It will be exclusive to the Xbox One, much unlike Forza Horizon 2 which saw a release on the Xbox 360 as well.

Microsoft has not announced a release date. In addition to this, the all-new Ford GT will grace the cover of the game. Also, Ford's performance vehicle line-up will appear in Forza Motorsport 6. This includes the GT, Shelby GT350 Mustang, and the F-150 Raptor, debuted by Ford at the auto show.

"Just as Ford has pushed the boundaries of car technology in GT, Forza Motorsport 6 will embrace that spirit of innovation as our most technically advanced racing simulation to date, offering a fun and realistic automotive experience for both car lovers and gamers," said Dan Greenawalt, creative director at Turn 10 Studios. "We're excited to unveil gameplay at E3 in June."

The Forza series has been a staple for the Xbox consoles dating back to the original Forza Motorsport on the first Xbox console in 2005. With 2015 marking the 10-year anniversary of the series, don't be surprised to see more than just gameplay footage and a release of the game.

In India though, the series has always played second or even third fiddle to the competing Need For Speed and Gran Turismo franchises. Whether the Xbox One owning populace warm up to Forza Motorsport 6 or not remains to be seen. Till then however, it will be interesting to see what else Turn 10 and Microsoft have in store for us in Forza's 10-year anniversary year.