All Fortnite Reboot Van Locations Have Been Revealed

Now you know where all Fortnite Reboot Vans are

Fortnite's Reboot Van is a new feature added to the game with the 8.30 update. The Fortnite Reboot Van lets you bring back eliminated teammates in the game. Now all Reboot Van locations have been revealed on the Fortnite map. Reboot Vans were inspired by the Respawn Beacons in EA's Apex Legends, which is a battle royale game just like Fortnite and PUBG. In battle royale games, up to 100 players are paradropped on an island and the last person or team standing wins.

You can check out all the Reboot Van locations in Fortnite on the map below, and then thank Prime Games for their effort in making this map. Knowing these locations definitely helps, but you'll still need to put in a lot of effort to make sure you're able to revive teammates in Fortnite. 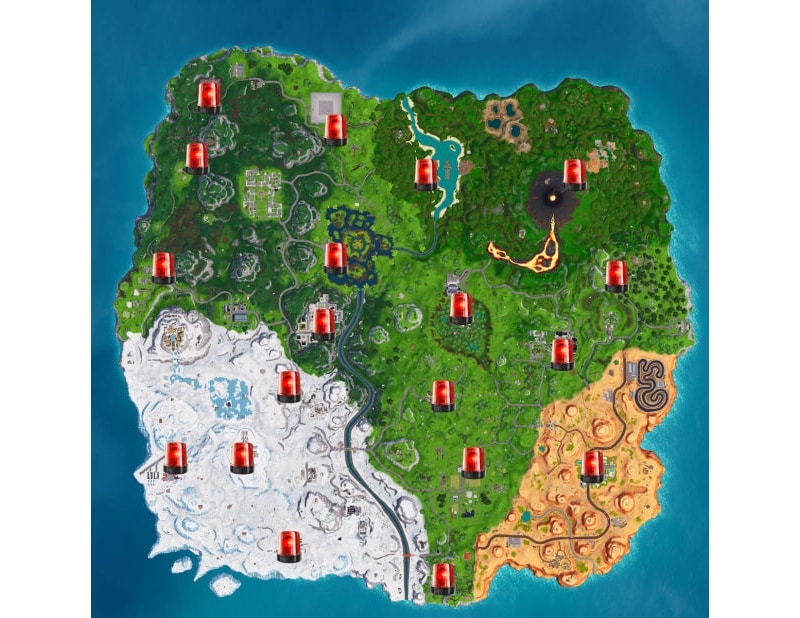 You need Reboot Cards from the eliminated teammates to revive them. These cards appear after elimination and linger only for a short while. Once you get that, you can go to any Fortnite Reboot Van and initiate the revival process. Multiple teammates can be revived in one go, but once you use the Reboot Van it can't be used again for around two minutes. This means even if an enemy player has used the Reboot Van within that period, you won't be able to use it. Here are other details about how Reboot Vans work.

Reboot Vans have now been added to the map at all major POIs.

Fortnite has recently been in the news as Prince Harry had called for the game to be kept away from children. He'd said the game is too addictive and that parents can't do anything to stop this addiction.

All Fortnite Reboot Van Locations Have Been Revealed
Comment