Fortnite Mobile for Android Micro-Transactions May Use Samsung Galaxy Apps

With Fortnite Mobile for Android speculated to be a Samsung Galaxy Note 9 and Tab S4 timed exclusive, it's only logical that the game would use Samsung's own app store, Samsung Galaxy Apps. However with Fortnite skipping Google Play, there's been some doubt as to how users would pay for Fortnite micro-transactions such as skins and emotes. Thanks to leaked Fortnite APK footage, it appears that the game will support both Samsung Galaxy Apps as well as what Epic is referring to as an Epic Store. An image of what seems to be Fortnite Android shows off this feature. This could result in a game that could have differential pricing for Fortnite skins, emotes, and other in-app purchases, in addition to the rumoured Samsung Galaxy Fortnite exclusive skin. 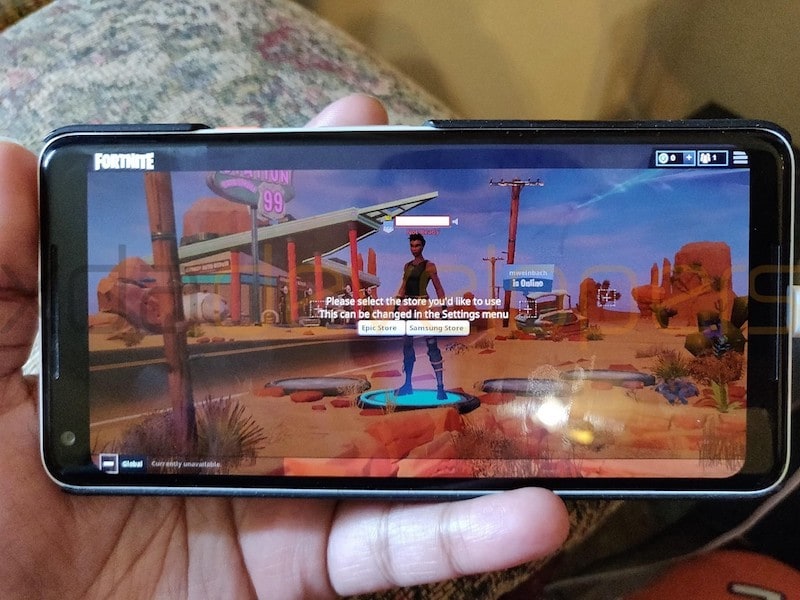 Epic Games boss Tim Sweeney confirmed that Fortnite is not coming to the Google Play Store, instead it will be accessible via a client known as the Fortnite Installer. Reason being, the company doesn't believe in giving "open platforms" such as the Google Play Store 30 percent of Fortnite's revenue.

"First, Epic wants to have a direct relationship with our customers on all platforms where that’s possible. The great thing about the Internet and the digital revolution is that this is possible, now that physical storefronts and middlemen distributors are no longer required," Sweeney said in conversation with Touch Arcade. "Second, we’re motivated by economic efficiency. The 30 percent store tax is a high cost in a world where game developers’ 70 percent must cover all the cost of developing, operating, and supporting their games."

Considering certain stores such as the Nintendo Switch eShop operate on differential revenue share, we won't be surprised if Samsung is offering Epic Games commercial terms that are better than the 70 to 40 split that's the current norm.