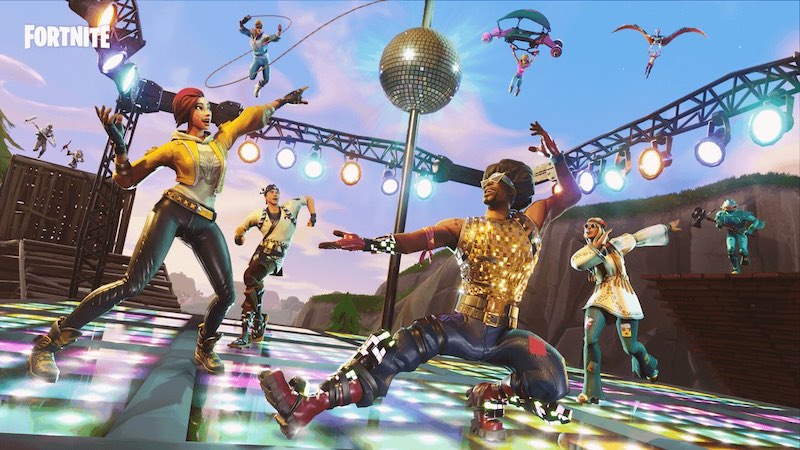 Another week, another Fortnite update. This time the battle royale shooter is updated to version 6.02. Fortnite v6.02 adds a new limited time mode (or LTM as its known) called Disco Domination and sees some much needed performance fixes for the Nintendo Switch and Xbox One versions of the game. The Fortnite 6.02 update download size is 10GB on Xbox One, 941.6MB on PS4, roughly 200MB on Nintendo Switch, and 147.9MB on iOS. The Xbox One Fortnite 6.02 update download size pretty much replaces the whole game, which in itself is roughly 12.27GB.

As for Disco Domination LTM, it's being described as the ultimate dance-off with dance floors present across the Fortnite island. You take them over by clearing enemies and dancing to raise a disco ball up from the floor. The team that fills their metre the fastest by capturing and defending dance floors wins.