For Honor Has an Early Release Date in Turkey; Other Countries to Follow?

For Honor has a release date of February 14. Not if you’re in Turkey. Several Instagram accounts in the country have posted pictures of the game being available early – with one even going as far as to post an unboxing video of the game. If you were expecting anything more than a disc and a flyer, prepare to be disappointed.

Safe to say other countries such as the UAE will follow suit with an early release of the game. This could also see India getting the game early due to the nation’s proximity to the Middle East. We’ve seen this with Far Cry Primal, Doom, Call of Duty: Infinite Warfare, and Final Fantasy XV, to name a few titles. 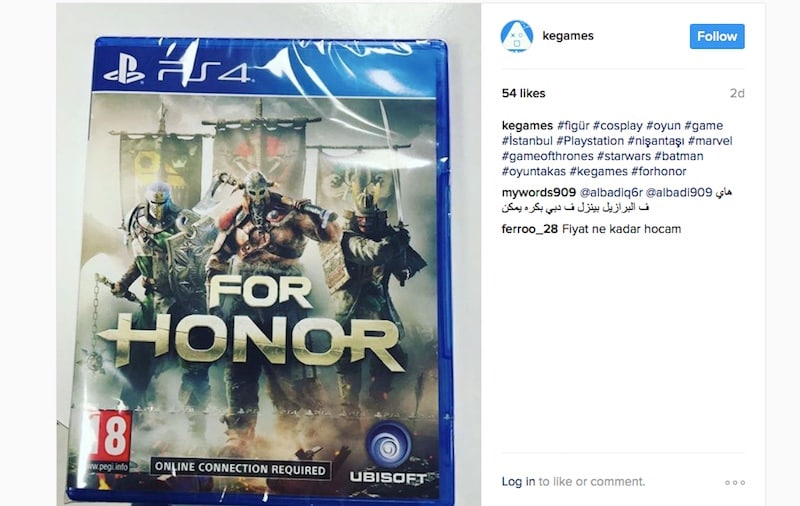 Nonetheless, much like The Division, For Honor’s street date break may not amount to much. Reason being, the game requires you to be online while playing it. Yes, even in single-player which the company touts as a separate experience.

"We can confirm that For Honor is an always online experience. Some elements of progression, which is hosted online, are shared across story and multiplayer modes. Players will need to be connected to the Internet at all times to play For Honor,” the company admitted to a member of the game's official forums.

At best, it could give you the headstart on any day one patches that may be made available prior to release.

This isn’t the first time Ubisoft has forced a persistent Internet connection in single-player experiences. We’ve seen this in 2008 with Assassin’s Creed for PC and in 2011’s Driver: San Francisco.

However it ended up overturning these decisions amidst strong consumer feedback. Nonetheless, that hasn’t stopped it from doing so in games like Steep. Rather than positioning it as DRM, which it did in the past, it does so by tying in progression to the stability of your Internet connection.