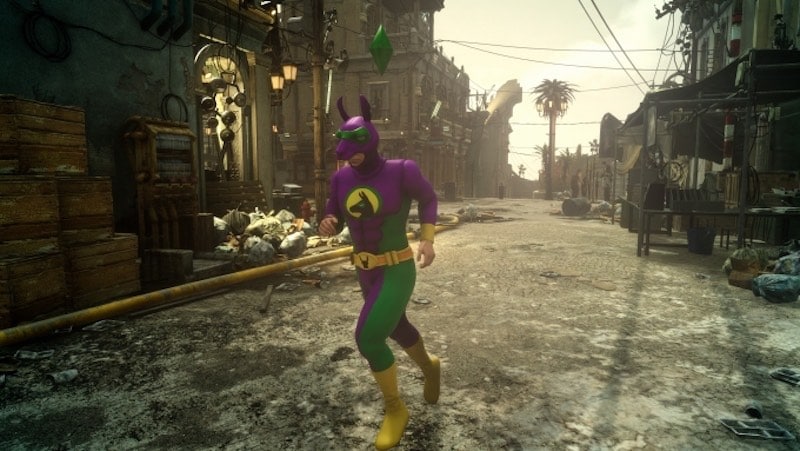 Final Fantasy XV Windows Edition release date is March 6. In the run up to that, Square Enix has announced what you get when you pre-order the game via EA's Origin storefront. Taking a cue from its collaboration with Valve and Microsoft, Final Fantasy XV costumes will lend itself to The Sims 4 and vice versa.

"If you pre-order or purchase FFXV Windows Edition on Origin before 1st May, you will be able to claim The Sims 4 content for free! Noctis [the game's protagonist] will be able to don the red Llama suit and your FFXV Comrades avatar will be able to wear their purple Llama suit along with Plumbobs for both from 8th March," claims a post on Square Enix's blog.

And if you're a fan of The Sims 4, you'll get a bit of Final Fantasy XV in your game.

"After the release of Final Fantasy XV Windows Edition, The Sims 4 players will be able to download the Crown Prince’s iconic outfit into their game to add to an established wardrobe, or to re-imagine and narrate your own story with – the choice will be yours. Either way, we’re really excited to offer players this exclusive chance to bring a little Final Fantasy magic into the world of The Sims 4 and vice versa," the post reads.

Final Fantasy XV Windows Edition is Rs. 2,899 on Origin, Steam,and the Microsoft Store ($50 in the US). Hopefully its demo isn't representative of the full game as it was plagued with issues that could ruin its greatest asset - its combat.