The release date of Final Fantasy XV is November 29. And like nearly every big console game we’ve seen this year, the game has found it on the shelves in a host of regions prior to that. A little more than a week prior to the day, gamers in Peru, Argentina, and the UAE are  already  playing it. Unconfirmed reports have suggested those in the USA have got it early as well.

And while the game has a reportedly long playthrough time, it seems that eager fans have already finished it. Going as far as to streaming its ending on YouTube only for publisher Square Enix to take it down.

For a game that’s been in development for close to a decade, you’d think Square Enix would take more care to prevent early leaks like this. However this doesn’t seem to be case. 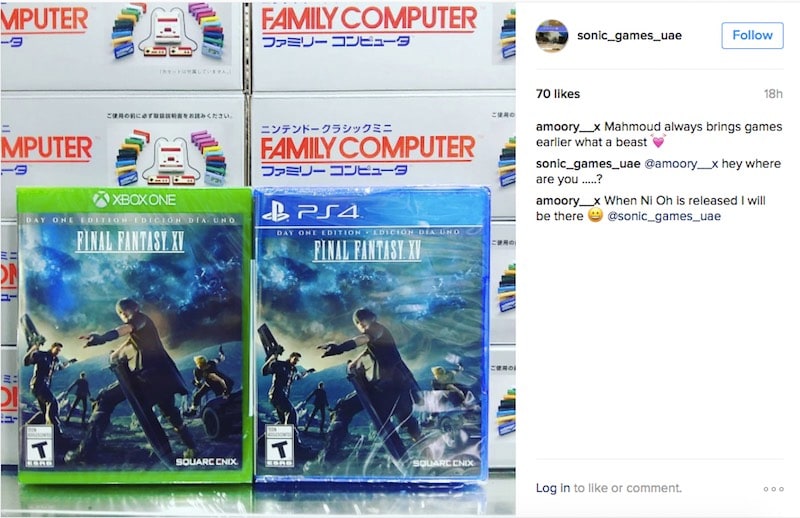 Earlier in the year, Final Fantasy XV game director Hajime Tabata suggested that the game would come to PC.

"I'm quite positive about the idea of developing a PC version, but I would like to make a very different project if possible," Tabata told French video gaming site JeuxVideo, which was translated by Nova Crystallis. "The reason I'm interested is that a PC version would propel the game to another technical level."

"I have in mind a version of Final Fantasy XV that is more technically developed. This version could incorporate things that we were forced to abandon because of the limitations of home consoles. With the PC, this would be an opportunity to release a version far superior in terms of quality and tech."

While PC fans of Final Fantasy will be glad to hear they haven't been forgotten by Square Enix, Tabata said it would take a while as they aren't interested in doing a "simple port".

"That said, if we choose to develop this project, the development will start from scratch by doing research of what would be the best technology to use. It might not be a simple port of the console version," he added.