It’s not that parts of the state are missing, the entire thing is. 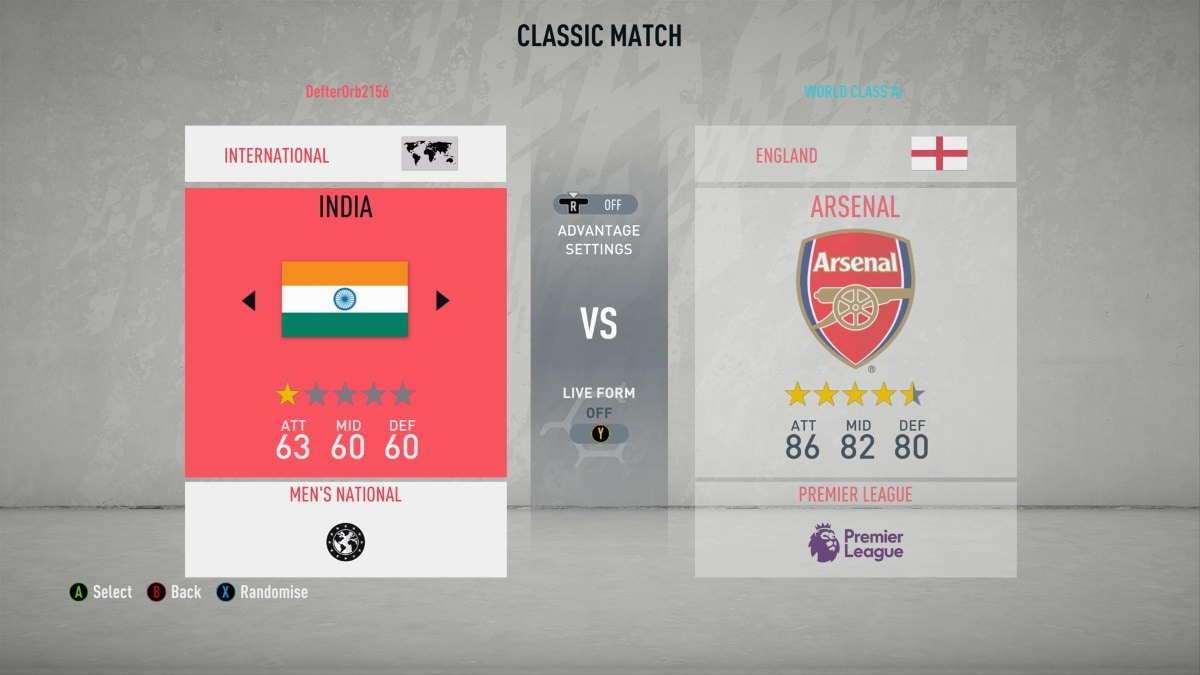 The Indian national team in FIFA 20

New year, new game, same old problem. For supposedly the third year in a row, the map of India in the latest instalment of EA Sports' FIFA franchise — FIFA 20 — does not feature Jammu and Kashmir, according to an image circulating on Twitter. The issue here isn't that the parts of the Indian state that are occupied by Pakistan and China are missing from the map of India in FIFA 20. That would still be considered illegal in India, though it would be in line with how the international community has often depicted the state. It's that the entirety of Jammu and Kashmir is missing altogether from the map of India in FIFA 20. Selling products — digital or otherwise — that incorrectly depict the map of India is illegal in the country.

Gadgets 360 has reached out to EA for comment and will update this story if and when we hear back.

Turns out EA screwed up the map of India yet again. No Kashmir. #FIFA20 pic.twitter.com/NIlzLiRm4G

Former Gadgets 360 reporter and gaming journalist Rishi Alwani shared an in-game FIFA 20 screenshot early on Friday, which shows the aforementioned omission. Gadgets 360 has been unable to verify this for itself as the maps of countries are only available to see in the Squad Battles section of Ultimate Team, which refreshes every 12 hours or so. At the time of writing, a squad from India was not part of the game mode. EA has taken this approach to the map of India in its football sim FIFA at least since 2017, per reports.