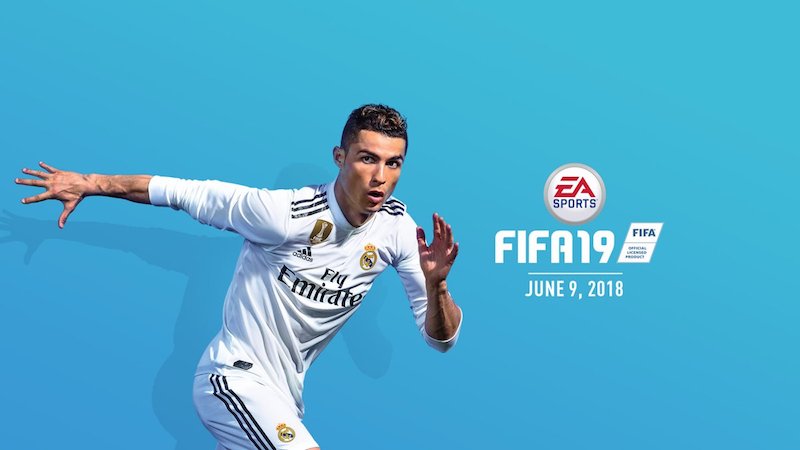 FIFA 19's cover star will be Real Madrid's Cristiano Ronaldo much like FIFA 18. A tweet from the official EA Sports FIFA account showed off the footballer in his Real Madrid kit, teasing more details at EA Play - the company's pre-E3 2018 event on June 9. While there's no release date for FIFA 19 just yet, safe to say we should have those details at EA Play. Expect it for the PS4, Xbox One, and Windows PC along with multiple editions of the game much like last year. It will be interesting to see if FIFA 19 improves upon The Journey story mode that debuted with FIFA 17 and was in FIFA 18 as The Journey: Hunter Returns.

Aside from a FIFA 19 release date, multiple editions, and hopefully a revitalised story mode, could EA touch upon micro-transactions in the game? After all, FIFA Ultimate Team (FUT) has been one of its biggest revenue generators clocking in close to a billion dollars in FIFA 17. Furthermore, they're essentially pay-to-win in nature, allowing players to build a better team to take on other online.

With Star Wars Battlefront 2 sporting micro-transactions of a similar nature, it drew the ire of legislators the world over. So much so that EA stepped back from its predatory micro-transaction model for Battlefield V stating that any game-altering elements are only earned through playing. Will FIFA 19 benefit from this approach as well? We should know at EA Play soon. Along with details on Anthem, Battlefield V, and any other surprises that EA has in store for us.

Yahoo Messenger Shutting Down on July 17, Users to be Redirected to Squirrel App
Amazon Echo, Echo Dot Get Price Cuts in India