Far Cry Primal Will Take You to the Stone Age 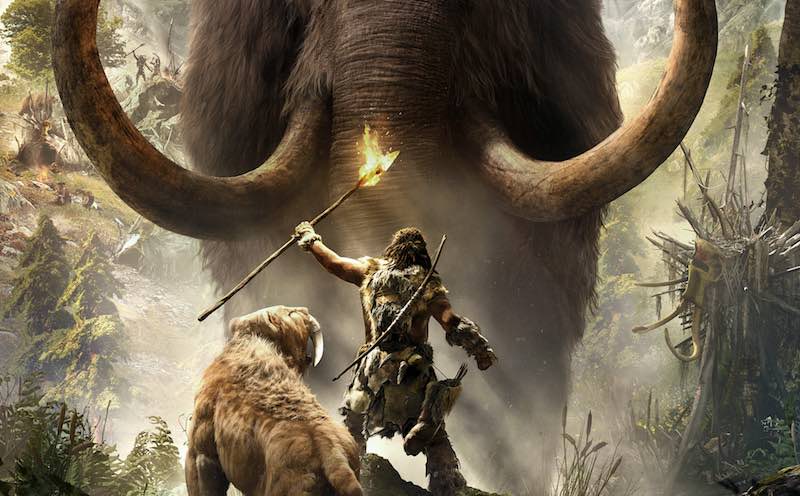 The first Far Cry game was a story-driven affair that had you rescuing a journalist from an island replete with mercenaries and mutants. Since then we've seen the series take on a host of different scenarios. From hunting down warlords in a realistic take on Africa to the absolutely bonkers, 80s sci-fi themed Far Cry Blood Dragon, there's been no setting left untouched. Which brings us to Far Cry Primal.

Ubisoft announced that the next entry in the series will have you in the Stone Age - 10,000 BC to be exact. It's set in the inhospitable land of Oros and you'll don the role of Takkar, a hunter. Expect to hunt for food, craft weapons and items, and fight against other tribes. It's an odd turn for the series but one Ubisoft is confident of.

"The interesting thing about Far Cry is that it's flexible, so when a team proposed to explore the idea of a Far Cry taking place during the Stone Age, we just said 'let's hear it!' And the more we heard about it, the more we realised how much of a damn good idea it actually was," said Dan Hay, Executive Producer, Ubisoft in a prepared statement.

"The Stone Age is the perfect setting for a Far Cry game," said Jean-Christophe Guyot, Creative Director, Ubisoft. "Far Cry usually puts you at the edge of the known world, in a beautiful, lawless and savage frontier. The Stone Age is, in a way, the very first frontier for humankind; it's the time when humans put a stick in the ground and claimed land for their own, the time when we started climbing the food chain. That came with conflict against other humans, of course, but also against nature itself."

We're wondering how some of the series' key features like capturing towers and a slew of transport options would translate to this new setting. Thankfully we won't have to wait too long. Far Cry Primal will be out worldwide on February 23, 2016 for the PlayStation 4 (PS4) and Xbox One. It will be available on Windows PCs in March.