Far Cry 4 Launching on PlayStation, Xbox, and Windows on November 18 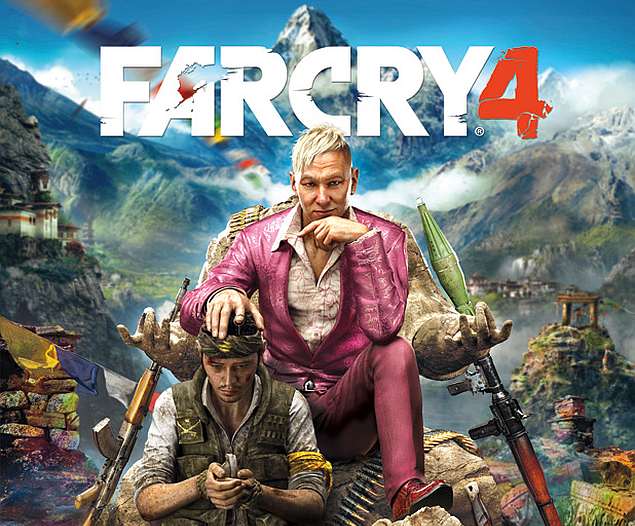 French video game giant Ubisoft on Thursday announced that a new instalment in its blockbuster Far Cry franchise is set for release in November.

Far Cry 4 is billed as the most expansive and immersive version yet of the open-world, first-person shooter game that has earn legions of fans.

"Following the success of Far Cry 3, we wanted to take the franchise to the next level and create a game that will surprise players and exceed fans' expectations," said executive producer Dan Hay. "Given the unique setting, we feel Far Cry 4 will stand out," he added on a post on the company's UbiBlog.

The previous version of the game, Far Cry 3 (Review) hit the market at the end of 2012, has reportedly sold more than nine million copies.

While that game played out on a tropical island, the story in Far Cry 4 is set in a fictional region of the Himalayas, Kryat, serving as a stronghold for a self-appointed despot. Ubisoft adds, "[..] don't be lulled into a false sense of security by the achingly beautiful views; Kyrat is a wild land full of perils. Once again, players will be able to craft their own stories as they travel through this exotic open world teeming with wildlife - using their wits along with an assortment of powerful weapons and diverse vehicles."

According to Ubisoft, the development of Far Cry 4 is being led by Ubisoft Montreal in collaboration with Red Storm Entertainment, Ubisoft Toronto, Ubisoft Shanghai and Ubisoft Kiev. Gamers will have to wait till June 9 at Ubisoft's E3 2014 event for their first look at the game.

Versions of the game will be available for current and previous-generation Xbox (Xbox One and Xbox 360) or PlayStation (PS4 and PS3) consoles, as well as on computers powered by Windows software, and will be released in the United States on November 18 and in Europe two days later, according to Ubisoft.

Notably, Ubisoft has also announced that Hurk, the 'popular nutjob from Far Cry 3', will return in the Far Cry 4 Hurk's Redemption Limited Edition version, with three single-player missions. The limited edition will be available for those gamers that pre-order Far Cry 4 (said to available via major retailers), and will also include the Impaler - Hurk's hefty harpoon gun.

Written with inputs from AFP
Comments