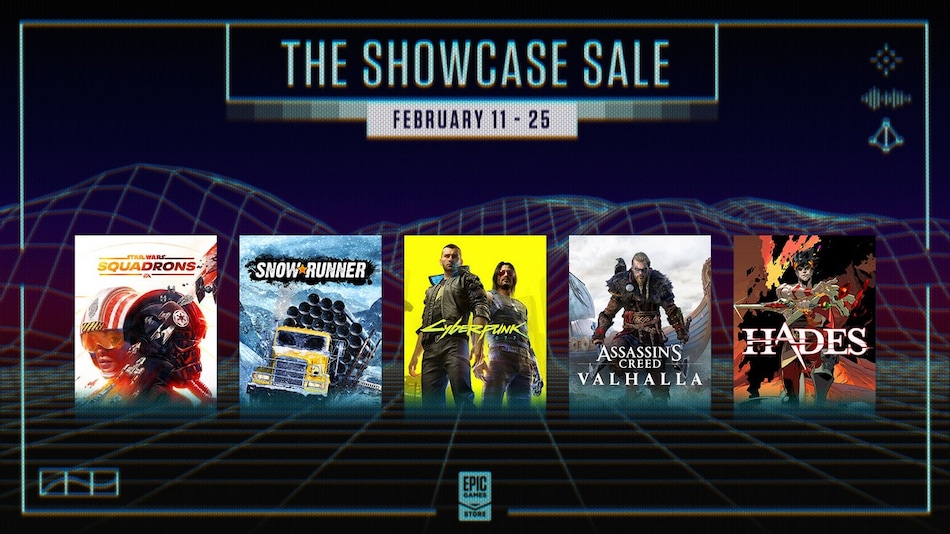 Epic Games Store has announced a Spring Showcase and sale that will start from February 11. The Spring Showcase includes new announcements, gameplay, and more which will be livestreamed on Twitch starting at 2pm EST (12:30am IST) on the day. The Epic Games Store Spring Showcase and Sale will start from 11am EST (9:30pm IST) on February 11 and continue till February 25. The sale includes several titles that will be discounted including Star Wars: Squadrons, Cyberpunk 2077, Hades, and more. Epic Games has also shared a preview for interested shoppers to take a look at the games that will be available during the sale.

The Epic Games Store Spring Showcase will be livestreamed on Twitch and will bring new announcements and gameplay footage. It also includes extended looks at games presented by their developers that fans can get to know and understand the game before they purchase. The Spring Showcase will start from 2pm EST (12:30am IST) on Epic Games Twitch channel and those who are interested can head to the livestreaming platform and turn on notifications to know when the stream starts.

Customers who already own Star Wars Battlefront II will get deeper discounts on other games in the Star Wars universe. Star Wars Jedi: Fallen Order will be discounted by 50 percent for all customers while eligible customers, presumably those who own Star Wars Battlefront II, can get the game at a 55 percent discount. Similarly, Star Wars: Squadrons will be available at a 50 percent discount for eligible shoppers during the Epic Games Store sale. Some of the other games that will be discounted during the Epic Games Store Showcase and Sale include Jurassic World Evolution, Cities Skylines, Alien: Isolation, Immortals: Fenyx Rising, Chronos: Before the Ashes, Godfall, Elite Dangerous, and more.