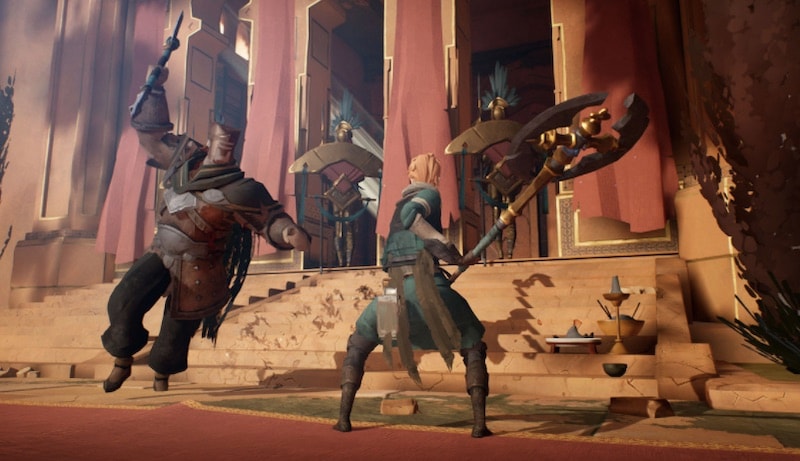 The Epic Games Store for PC games launched earlier this month with a host of exclusive games such as Ashen, Hades, and Super Meat Boy Forever. While these independently-developed games usually find their way to other platforms such as Steam and the Nintendo eShop eventually, it's interesting to see Epic Games retain a decent number of exclusive titles during its launch month. On a Reddit thread regarding the state of PC gaming, Epic founder Tim Sweeney explained how the company was able to do this. He also sounds off on how the Epic Games Store's approach to content acquisition could result in a net gain for PC gamers as a whole amidst outrage of the Epic Games Store's exclusives being anti-consumer.

"It's up to you guys to decide what's anti-consumer, but our aim with the Epic Games store is to be very pro-competitive," his post reads. "In other words, to compete as a store and encourage healthy competition between stores. When lots of stores compete, the result is a combination of better prices for you, better deals for developers, and more investment in new content and innovation. These exclusives don't come to stores for free; they're a result of some combination of marketing commitments, development funding, or revenue guarantees. This all helps developers. For comparison, much of the investment in new TV content is the result of Netflix and Amazon competing with new stores."

Furthermore, he admits that the sheer number of PC gaming apps is an unintended consequence of this, although this was a concern far before the Epic Games Store launched what with Activision-Blizzard, Ubisoft, Bethesda, EA, GOG, and Rockstar Games all having their own apps.

"The proliferation of launchers is an annoying side effect of this, but the problem could eventually be solved through federated or decentralised software update tools," his post continues. "There are ongoing conversations about this. But multiple stores are necessary for the health of an ecosystem. When there's only one, their natural tendency is to siphon off more and more of the revenue, which then go to monopoly profits rather than creators!"

He goes on to state that game developers are being crushed by "increasing store taxes" though he fails to explain what this means. Instead he reiterates how beneficial the Epic Game Store's revenue sharing policy can be, suggesting it can be the difference between funding a new game and going bankrupt.

In the same Reddit thread, Sweeney also clarified that the Epic Games Store doesn't share data with Tencent or other companies.

"Re: Epic Games Store: Epic does not share user data with Tencent or any other company," a Reddit post from Sweeney reads. "We don't share it, sell it, or broker access to it for advertising like so many other companies do. I'm the founder and controlling shareholder of Epic and would never allow this to happen."

Sweeney then goes on to clarify why the Epic Games Store terms of service appear to be more invasive than they actually are.

"The language related to sharing data with the parent companies refers to Epic Games Inc," the post continues. "It's a US-based company. This language exists because when you buy an Epic game in certain territories (like Europe), the seller of record is our local (e.g. European) subsidiary company for tax purposes, but the data is ultimately stored by Epic Games Inc."