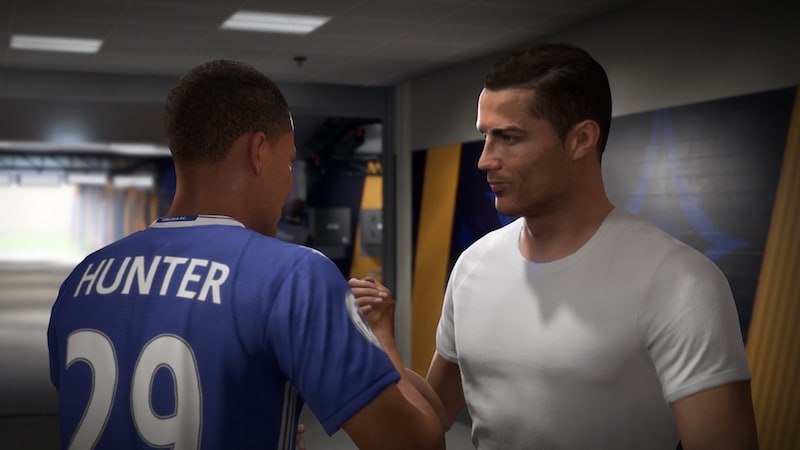 Electronic Arts (EA) is one of the biggest game publishers in the world. With top-tier game franchises such as FIFA, Need For Speed, and Madden all under EA’s umbrella, its event showed off a lot of games fans in India and many other regions want to know more about.

EA CEO Andrew Wilson on Sunday announced that the company will be letting people use its subscription services for free. EA Access (Xbox One) and Origin Access (PC) will be available to everyone for free for one week. These services let you try a whole bunch of EA games such as FIFA 17 and Mass Effect: Andromeda before you buy them. For PS4 gamers, EA has announced free trials of some of its games as well.

The star of the show from EA’s press event could have been Project Dylan — now revealed as Anthem. The company said all details about this game and how it leverages Xbox Scorpio will be revealed at the Microsoft E3 2017 event. EA’s game studio Bioware is launching a game with new IP called Anthem. This doesn’t happen too often as big studios appear to be increasingly focused on making more money off their star franchises. New IP allows studios to express themselves and try some fresh ideas, which could be great news for fans.

There’s special mention reserved for an indie game called A Way Out. EA showed the trailer of the game and it looked great. It is a game from the makers of Brothers: A Tale of Two Sons. A Way Out offers a co-op adventure where two inmates try to escape prison and then head out on an emotional journey together. It definitely wants to be the best co-op game ever made.

As FIFA 17’s Journey Mode didn’t exactly turn out to be the stellar role-playing sports experience the company had promised, all eyes are on the new features in FIFA 18. This year’s focus appears to be on imitating player styles closely. EA Sports showed a video of Cristiano Ronaldo wearing a suit full of data sensors to capture motion data. Individual player styles may be more accurately represented in FIFA 18. Journey mode returns to FIFA 18 with Alex Hunter’s road to footballing stardom continuing in the game, just don't expect to play it on the Nintendo Switch.

Star Wars Battlefront 2 is the game that will sate fans of fast-paced third-person combat. We already had some details about Star Wars Battlefront 2 but as expected the EA Play event revealed more. From the gameplay footage we saw, it’s quite clear that you can play as multiple characters including Rey from The Force Awakens. You’ll be wielding your trusty lightsaber and running across vast hallways trying to avoid getting slaughtered by countless foes. The game takes the best of its predecessor and steps it up a notch, at least if gameplay footage is to be believed. What’s more, John Boyega, who plays the role of Finn in the Star Wars movies, announced on video his character along with Captain Phasma would be heading to Star Wars Battlefront 2 post-launch for no extra charge along with free Star Wars: The Last Jedi content.

Need for Speed: Payback may be just the thing the franchise needed. After a long time, we saw a genuinely exciting trailer for a Need for Speed game. In this game you can play as one of three characters and the story involves taking down a cartel, apart from a lot of racing. EA’s foray into cinematic experiences with Need for Speed continues, and this time, it looks quite promising.

Battlefield 1 In the Name of the Tsar DLC

Battlefield 1 will get night maps, which adds a whole bunch of new challenges to the game. In the Name of the Tsar DLC adds six new maps, Russian army, the Hussar cavalry, and the iconic Women’s Battalion of Death to the game. These will be released in September 2017.

NFL Madden 18 has a new role-playing career story mode called Long Shot. Apart from this we also got a glimpse of NBA Live 18. Gamers outside some of EA’s markets perhaps may not care as much for these games but EA did show off a few Madden screens from Microsoft’s upcoming PS4 Pro competitor - Xbox Scorpio, which appears to play up Microsoft’s focus on its power.

That was all EA announced at EA Play 2017 which sets the stage for some big announcements at E3 2017. We’ll have full coverage of all events from the expo right here.