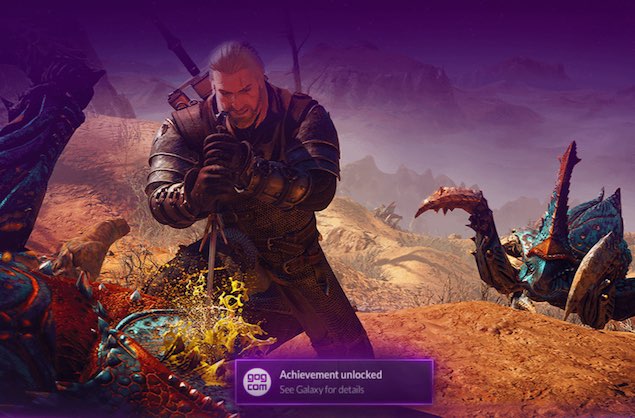 PC gaming is going through a host changes, and not all of it is good. From Valve bringing and removing paid mods on Steam hits like Skyrim, to Warner Bros. Interactive dropping the ball on the PC retail release of Mortal Kombat, putting a mere 300MB on disc and forcing users to download almost all of the game, PC gaming is not exactly in the best of health. And that makes it ripe for disruption. Enter GOG Galaxy from the fine people behind GOG.com (short for Good Old Games).

While yet another game client and distribution service to join the ranks of Steam, Origin, Uplay, and Rockstar Social Club isn't the kind of innovation anyone would want, GOG Galaxy comes with some slick additions such as optional updates, DRM-free games, and cross-play: platform-independent multiplayer between gamers on GOG.com and Steam. It's first major release comes in the form of The Witcher 3: Wild Hunt from sister company CD Projekt RED.

"With GOG Galaxy, we can start bringing new, big games to GOG.com ," says Piotr Karwowski, VP of online technologies in a prepared statement. "The first major release will be The Witcher 3: Wild Hunt, which will offer automatic updates, achievements and stats. We're getting ready to release and fully support even more AAA titles in the future."

DRM-free games and optional online functionality might seem retrograde for makers of other game clients and distribution services, but GOG Galaxy might just be what gamers need. It's in beta right now, and you can sign up here to get access.

Microsoft Lumia 532 Dual SIM Review: Up Against the Android Army
UAE Plans to Send an Unmanned Probe to Mars in 2021