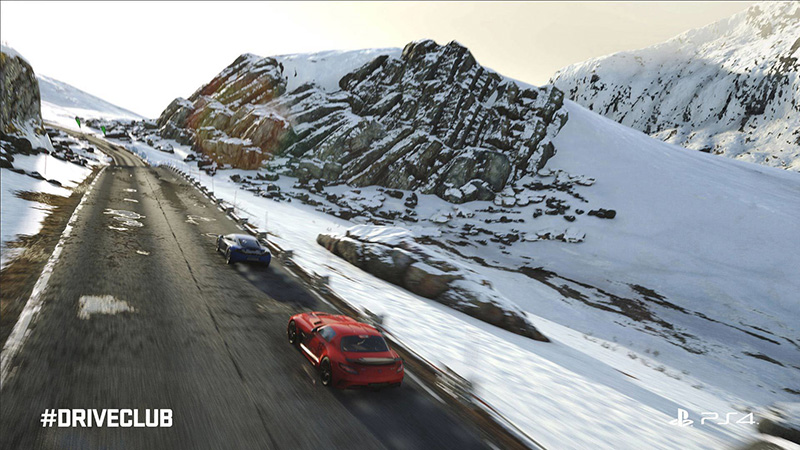 Rustchynsky replied to a user on Twitter and confirmed the developer had added "a festive feel to Driveclub for the holidays", and gamers should be on the lookout for more surprises during the week.

In addition to that, the studio released a 360-degree video from the game shot from the front of a Mercedes-AMG S65 Coupé, which was first showcased to attendees at the PlayStation Experience event in San Francisco this month. Sony was quick to note that the title remains in an experimental form, and provided no comment on whether Driveclub would ever make it to PlayStation VR.

In the video, the Mercedes can be seen zipping through tunnels, snow-capped mountains and grim overcast rocky ruins. You can watch the 360-degree video on your desktop and use W-A-S-D to move around and enjoy the dashboard view. Alternatively, you can use the YouTube app on Android and iOS - and combine it with a Google Cardboard - to get full immersion.

Driveclub had a rocky start to life, what with Sony Worldwide Studios delaying the game again and again. Even after its launch, the game suffered from severe online issues. New content has been regularly added since then, and Driveclub Bikes - released in October this year - brought superbike racing to the game.