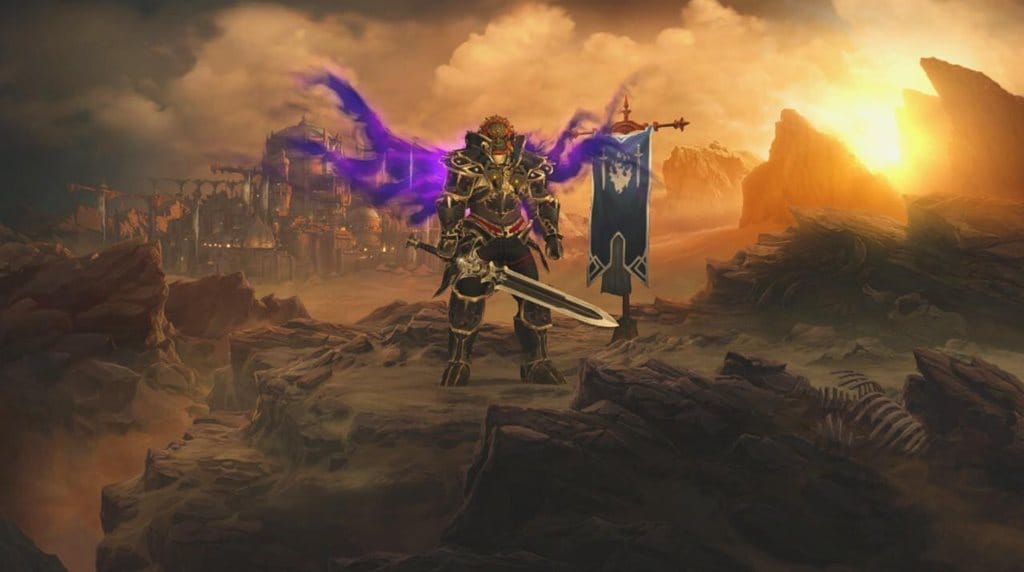 Legend of Ganondorf armour for Diablo III in the Switch version

Diablo 3 is coming to the Nintendo Switch, according to a new report that has since been taken down but was spotted in time by a Reddit user.

On Wednesday, Forbes published an article saying Diablo 3 is coming to the Nintendo console later this year with exclusive content, but then deleted it minutes later. Reddit user ‘Riomegon’ was able to capture several screenshots before that happened though. Kotaku has since confirmed that the announcement was to be made Thursday.

According to Forbes, the Switch version of the game will be called Diablo 3: Eternal Collection and will include all previously released updates, including the Reaper of Souls and the Rise of the Necromancer expansion packs. Beyond that, it will have Nintendo exclusive in-game items: Legend of Ganondorf cosmetic armour set, Echoes of the Mask cosmetic wings, a Tri-Force portrait frame, and a Chicken pet.

Diablo 3 will allow different ways of multiplayer action too. You will have the option to choose from up to four players local co-op, up to four players on four Switch consoles without needing the Internet, and even online co-op using the Nintendo Switch Online subscription service.

Rumours of Diablo 3 coming to the Switch have been around since February, and the flames were further fanned by Blizzard in a new video released last week, saying “multiple Diablo projects” were in the works.