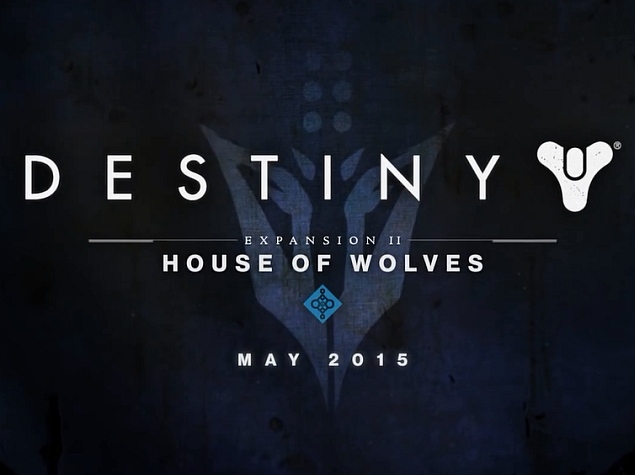 Fan of shared world first-person shooter Destiny have much to look forward to in May. Dubbed the House of Wolves, the second expansion to developer Bungie's sci-fi extravaganza sees a slew of fixes to the game in addition to the all but obvious new content.

In terms of narrative, it'll take players to the Reef, a location that was host to a few cutscenes in the base game and little else. The expansion will be made available on May 19.

"The Reef will open to all Guardians, and you will join the allies of the Queen to destroy the traitorous Fallen from the House of Wolves. Over the course of the next month, we'll be pulling the wraps off of all the new activities, modes, events, and gear you'll have access to. Stay tuned to see exactly where your legend is headed next," a post on Bungie's website reads, linking to a prologue you can view below.

It'll be interesting to see how Bungie deals with this new locale and what else comes along with it in terms of building a cohesive game world. Though the base game had solid gunplay, it was (and still is) criticised for being somewhat threadbare in terms of content. Hopefully House of Wolves will do its bit to rectify that.

Along with this, the expansion should fix some of the issues plaguing Destiny's in-game economy. Hitting higher levels will become easier in terms of character progression as well as giving players a reason to customise their gear should feature as well if a post by designer Luke Smith on popular video game forum NeoGAF is to be believed.

Bungie also revealed a calendar of events leading up to the release of the expansion. You can check it out here.
Comments