Destiny 2’s official reveal trailer is at 10am PST (10:30pm IST) on Thursday, March 30, but that hasn’t stopped the leaks from coming.

Update: Universo Destiny - the website that originally reported Destiny 2's story, PC box art, and the Destiny 2 special editions, has taken its posts and a thread on the Destiny subreddit down allegedly claiming that it could result in retailer employees being fired. Though it lends credence to the fact that this is what we could get when Destiny 2 details are announced by Activision later today.

Aside from the Destiny 2 release date being made public, the Collector’s Edition and Limited Edition for Destiny 2 as well as the Destiny 2 synopsis and PC box art are now known thanks to a Spanish retailer speaking to Destiny fan site Universo Destiny. 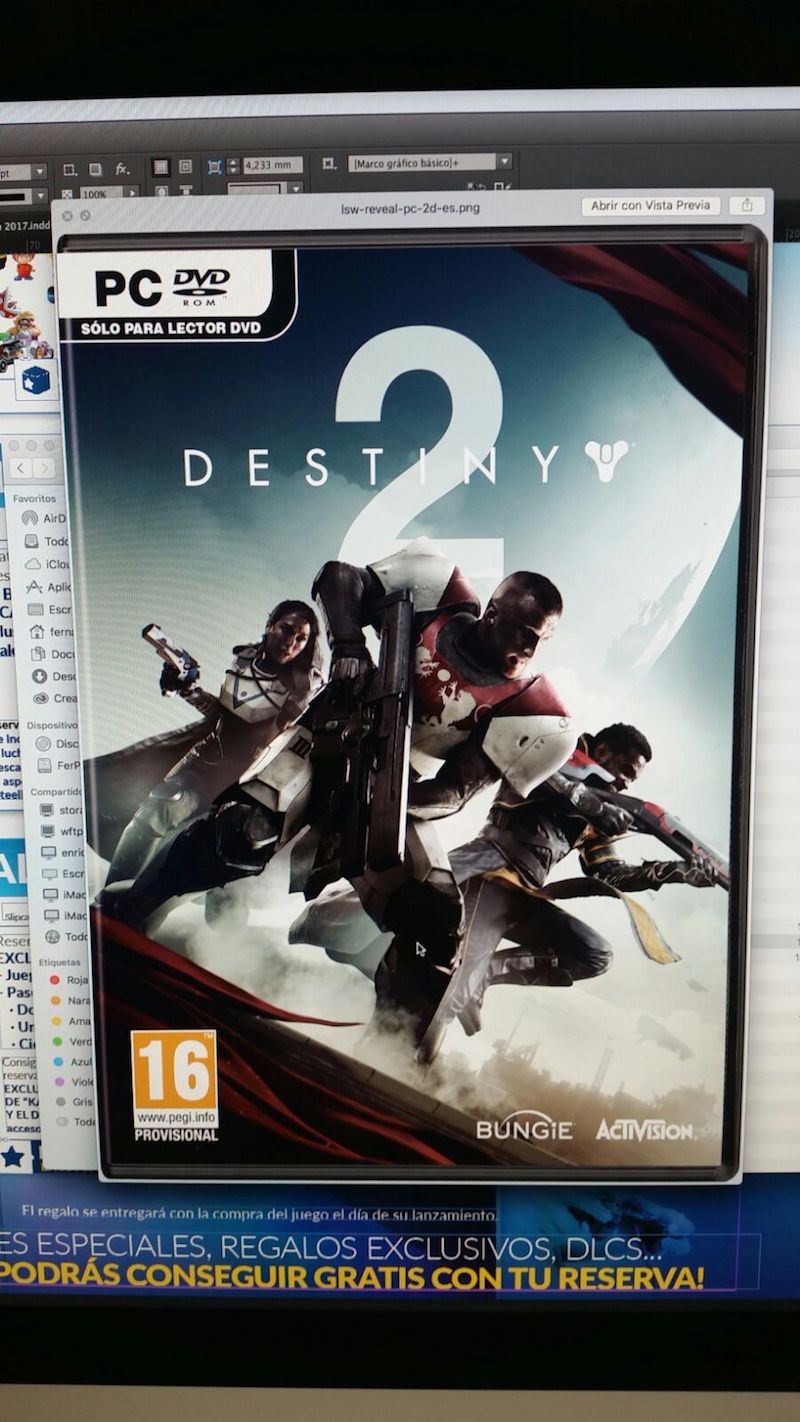 Destiny 2 Collector's Edition
• Destiny 2 game
• Expansions I and II including quests, coop activities, multiplayer content and tons of armor and gear
• Legendary sword DLC
• Legendary emote DLC
• Cabal empire emblem DLC •
"Frontier" physical bag you can carry around with a 15" tablet pocket
• "Frontier" kit including USB charger with solar panel
• A paracord
• A solar rug
• Limited edition steelbook
• Collector's edition cabal themed premium box, including a notebook, a map, and collectibles such as postcards and "pawns from the Empire"

“From the creators of Destiny, a highly acclaimed game, the extremely anticipated sequel is coming up. A first person action shooter that places you in an epic adventure through the Solar System.

The last city on Earth has fallen before an overwhelming invasive force under Ghaul, the towering commander of the Red Legion. Guardians are running out of power, and the few survivors have left. You will venture in mysterious, uncharted worlds from the Solar System to discover devastating weapons and combat abilities. In order to defeat the Red Legion and face Ghaul, you will need to gather the surviving heroes from the City and fight back together to claim back home.”

As for India? The first game didn’t sell too well. But given how important the franchise is to Activision, we should see it being made available at retail. Don’t expect it to be cheap at launch at least. Destiny for the PS4 and Xbox One was priced at a princely Rs. 4,599. Though it did get a price drop weeks later.

Destiny 2 could be one of the biggest releases of 2017. We discuss how developer Bungie has been especially responsive to feedback from players and how that could impact Destiny 2 on Transition, the Gadgets 360 podcast for video game and pop culture.

You can subscribe to Transition via iTunes or RSS or just listen to this episode by hitting the play button below.

BlackBerry, Freed of Handsets, Looks to Software for Return to Glory
The Amazing Artificial Intelligence That We Were Promised Is Finally Here