Creator Reveals How the Disastrous 1982 E.T. Game Caused a Crisis 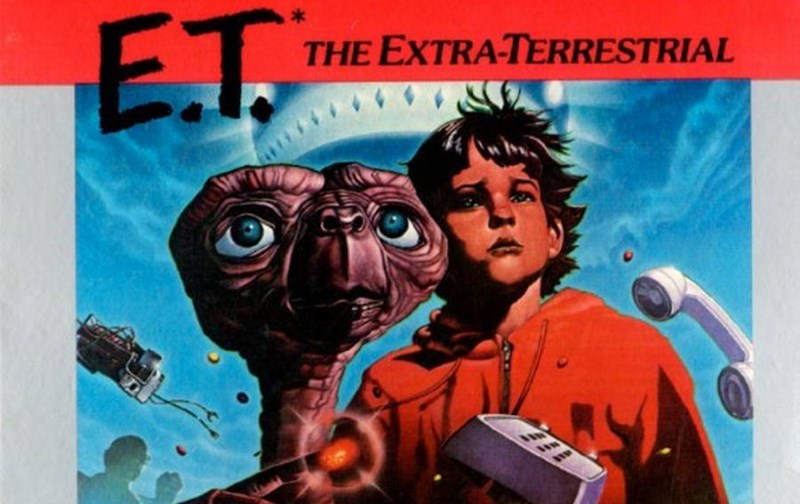 Despite all the success he saw, Howard Scott Warshaw's biggest contribution to the world of video games remains his single-handed bringing down of the giant of '80s - Atari - by way of creating possibly the worst video game of all time in E.T., an adaptation of the famous Steven Spielberg film.

In July 1982, the then 24-year-old programmer was personally tasked with creating the game by Spielberg after seeing his work on Raiders of the Lost Ark and deeming him a "certifiable genius". However production was rushed owing to a long manufacturing process, and the game proved to be a massive failure. In an interview with BBC, Warshaw detailed what led to the disaster and how he feels about those events over three decades later.

E.T., the movie, had become massively popular by June 1982, and Atari is said to have paid $21 million to acquire the rights for a video game. The gaming titan needed E.T., the game, to be successful as its console systems were losing market share to more versatile systems such as the then nascent desktop computers in Commodore 64.

Hence, after the Atari CEO called Warshaw in July to assign him the task, he told him they would need a finished product on 1 September. "Normally it'd be six to eight months to do a game, not five weeks," Warshaw adds. This was due to the cartridge distribution system for the ruling gaming console - the Atari 2600 - which took weeks to develop and ship.

Warshaw was flown in a Learjet to see Spielberg, and pitch his ideas. "I think it's really important that we do something innovative. E.T. is a breakthrough movie and I think we need a breakthrough game," he told the director. Spielberg wasn't too pleased with his idea - an adventure game wherein players helped E.T. by collecting components to make a telephone so the alien could phone home - and asked him to make "something more like Pac-Man". Warshaw wasn't too impressed with making a knock-off, and convinced him to go with his idea.

Warshaw even had the company install a second machine at home to speed things up, and Atari fully believed it would be an overnight triumph: "The bosses believed that as long as we put anything out the door with E.T.'s name on it would sell millions and millions." But the game was ridden with problems at launch, and despite a record marketing budget of the time at $5 million, it failed to meet expectations. Of the four million units ordered in the first manufacturing run, Atari only managed to sell 1.5 million.

"It was a finished game but it certainly wasn't perfect. There were too many opportunities where you could suddenly wind up in an odd situation. That was too much for a lot of people and caused them to put the game down," said Warshaw. The game's failure was also attributed to the rise of the desktop and market saturation for video games, reports the BBC.

By Q2 1983, the parent company of Atari was facing losses of $310 million and was sold off the following summer for a paltry $240 million. Warshaw, for his part, went away from the game development world for a while. After dabbling in real estate and television writing for two decades, Warshaw settled on reinventing himself and became a psychotherapist. Now he calls himself "The Silicon Valley Therapist" and counsels people who can't take the immense stress.

It seems Warshaw could have himself used someone at his side during the trying times of 1982-83, who would have warned him off being too experimental in a short production schedule. Warshaw believes he could have heeded Spielberg's advice for making it like Pac-Man. He did get the chance for some closure two years ago as a documentary film-maker travelled with him to the New Mexico desert, to find the truth behind a mass burial of unsold Atari games.

"Is E.T. really the worst game of all time? Probably not. But the story of the fall of the video game industry needed a face and that was E.T.," he adds.