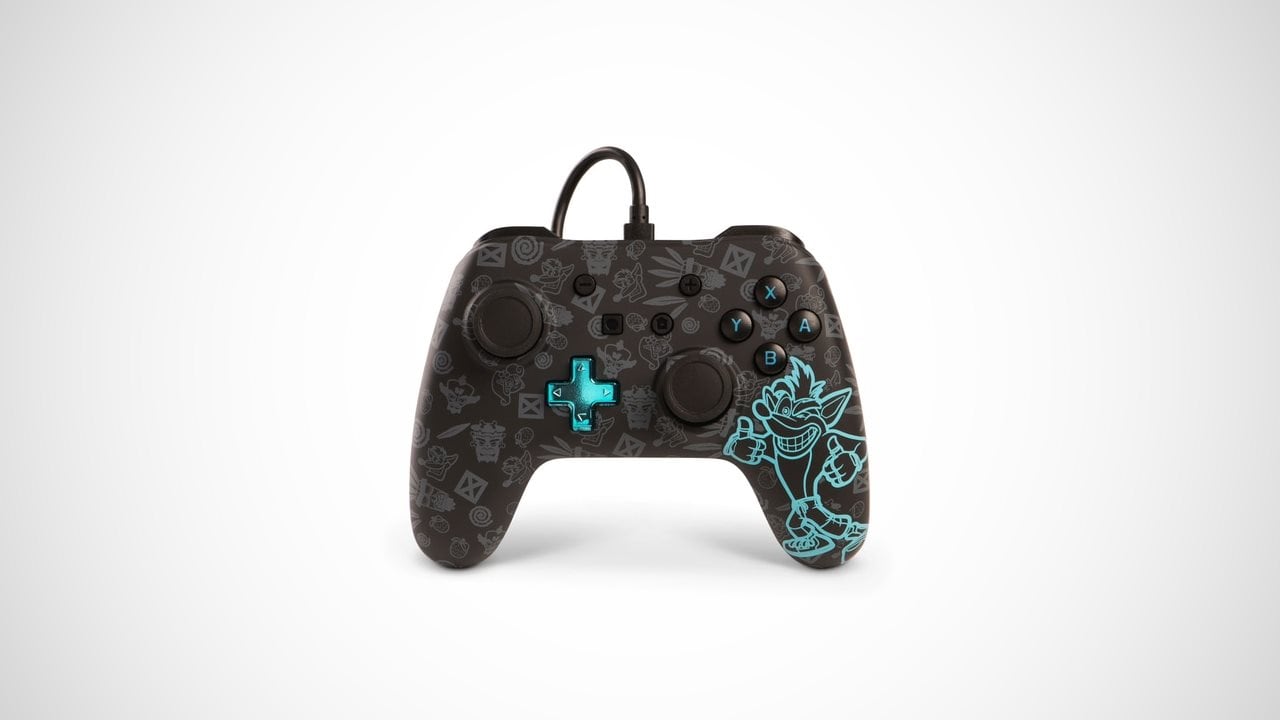 A remastered release of Crash Bandicoot N. Sane Trilogy is headed to the Nintendo Switch on June 29, and PowerA – the peripheral manufacturer who makes Nintendo-themed controllers – has quietly revealed a Crash Bandicoot Wired Controller that'll release on the same day.

It'll only work while the Switch is docked. Moreover, the Crash Bandicoot Wired Controller won't support IR, HD rumble, motion controls, or amiibo NFC. The advantage of removing all that reflects in the pricing: it costs just $25 (about Rs. 1,680), less than half the price of a Switch Pro Controller ($70) from Nintendo.

As is clear from the photo above, the Crash Bandicoot Wired Controller comes in all black with a metallic teal-coloured D-pad, and a corresponding drawing of Crash showing a thumbs-up. It has a 3m (or 10ft, if you prefer) USB cable that can be detached, and has a Velcro strap for convenient storage.

Beyond that, it's pretty straightforward, in terms of what you expect from a gaming controller. It's got the system buttons (+, -, Home, Capture), left and right shoulder buttons and triggers (L/ R/ ZR/ ZL), two analogue sticks, an eight-directional D-pad, and ABXY buttons that are bigger than the ones on Joy-Cons.

And oh, it has a two-year limited warranty, after you register it on PowerA's official website. The Crash Bandicoot Wired Controller is available for pre-order exclusively at GameStop in the US, and Smyths Toys in the UK and Ireland. It costs GBP 30.

It's unlikely the controller will ever make it to India, but you can pre-order the game though. Crash Bandicoot N. Sane Trilogy costs Rs. 2,750 on Steam for PC, and Xbox One. The Switch version costs $40 (about Rs. 2,700).