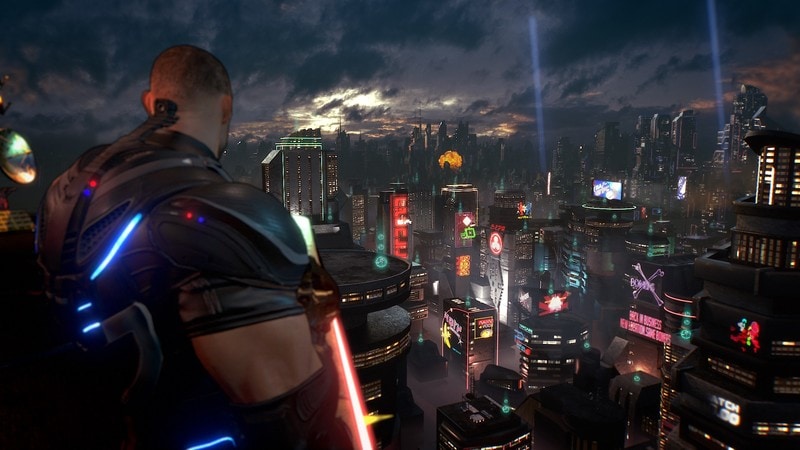 Open-world action-adventure Crackdown 3 finally has a release date. Announced at Microsoft's Xbox E3 2017 event, you can play the game on November 7. Incidentally, it's the same day the Xbox One X is also out. The game will also be playable on Windows 10.

Along with this Crackdown 3 got a live action trailer that had Terry Crews and will feature four player co-op. Earlier the developer of the game was said to be Reagent games, a studio run by Crackdown creator David Jones - and support from Dead Island 2 and Snake Pass developer Sumo Digital, the E3 2017 announcement had only Sumo Digital listed.

Little has been said of Crackdown 3 in recent memory. Much like its predecessors, it’s an open-world action adventure with an emphasis on destruction and over the top abilities, putting you in the role of a super cop in a dystopian future.

In the past Gamescom 2015 had the game showing up in the most explosive fashion possible. Although only in pre-alpha, the footage showed off a sense of scale and destruction reminiscent of the time when EA would show off destruction in the Battlefield games.

Here though, the magnitude was multiplied a million times over, with each and every in-game element ripe to be pulverised into nothingness, allowing you and your friends to tear up the city in this open-world, third-person action game any which way you choose. The possibilities for destruction are endless. Microsoft also managed to namedrop the power of the "cloud" saying that players can play the game with 20 times more the computational power that exists on the Xbox One.