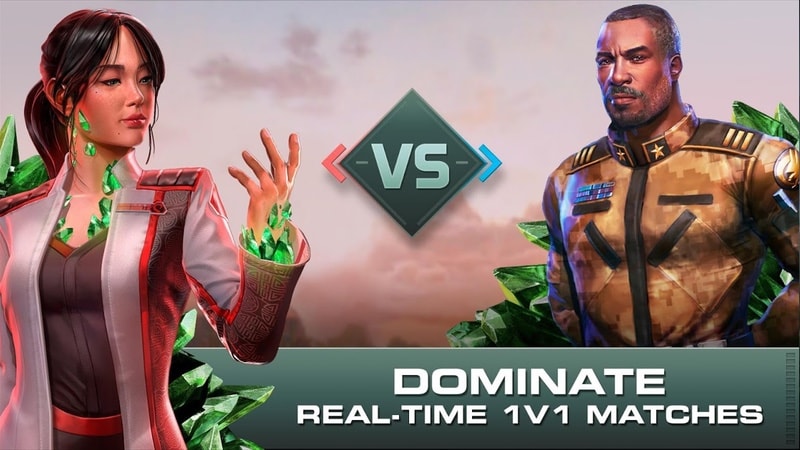 EA unveiled a new mobile game at EA Play, its pre E3 2018 event, This RTS (realtime strategy) mobile game was showed off as a head-to-head match between two competitive gamers. Command and Conquer Rivals will release on iOS and Android, with the pre-alpha version being available on Android today. The game looks quite a bit like the PC version of Command and Conquer and that’s no surprise considering that the developer of the realtime strategy series is Redwood, also the developer of this game.

In the gameplay footage we saw, there were two bases on the screen and both players are tasked with destroying each others’ bases. This game depends a lot on timing as you need to make enough units to control three zones that allow you to launch a big missile at the enemy base. This gives Command and Conquer Rivals a fast pace as it only takes two hits to destroy a player’s base. Every game becomes a best of three matchup between rivals. The units we saw during the demo included turrets, mechs, and small trucks fitted with guns.

The free-to-play game elements and monetisation were not very clear during the gameplay demo. Let’s hope that the monetisation is not too aggressive. If you look at what EA did with Plants vs Zombies 2 and also what they announced for Battlefield V (no lootboxes or premium pass), one can hope that this game will be fun to play. However, fans of the original Command and Conquer series may scoff at Command and Conquer Rivals as it may appear to dilute the core of the original series. The heavy focus on multiplayer gameplay is also likely to dissuade fans of the single-player campaigns in the original game. This game could be EA’s way to take on Supercell’s successful game Clash Royale, and we’ll find out eventually if it’s successful.