After Call of Duty: World War 2’s release date and private beta were leaked, more details about the next instalment in the long-running military shooter series has been made public.

For starters, there’s the Call of Duty: World War 2 Pro Edition. While Call of Duty fan site Charlie Intel states that it is exclusive to GameStop in the US, it is unknown which retailers in India or internationally will have it exclusively.

A season pass for Call of Duty: World War 2 is a no-brainer, as is a steelbook. They’re both items previous entries have had. Bonus content possibly refers to cosmetic items such as weapon skins. We won’t be surprised to see another, more premium edition of the game as well. And unless it leaks shortly, it will probably be revealed tonight. 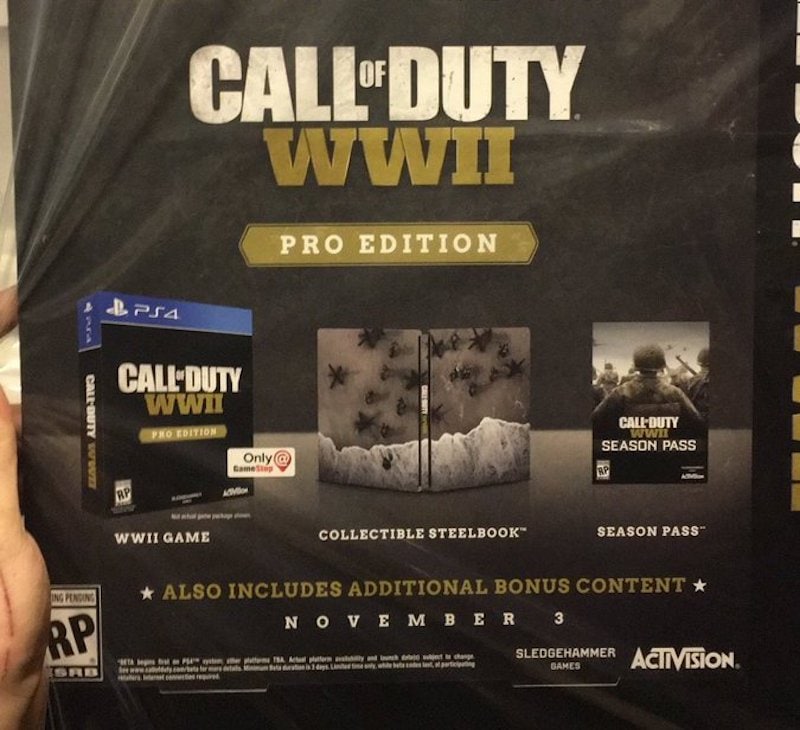 Furthermore, pre-ordering the game at GameStop US will get you a limited edition hat. And no, pre-orders for Call of Duty: World War 2 have not started in India yet. Traditionally, distributor World Wide CD ROM finalises details for the country after E3 and Gamescom. We should see pre-orders start from September like we did with Call of Duty: Infinite Warfare.

The official Call of Duty: World War 2 reveal is on April 26 at 10am PT (10:30pm IST), however it seems that much like Destiny 2 and Battlefield 1, the flurry of leaks set to unravel any kind of surprise Activision has in store.