Call of Duty: Infinite Warfare Has an Early Release Date in the UK

Call of Duty: Infinite Warfare is out on November 4. Unless of course you’re in the UK. Retailer CEX - which specialises in used gadgets and games, has wrangled early copies for sale. Albeit for a princely sum of around Rs. 7,337.

“ Perks of working in CEX! 3 days early who wants to im selling for £90! Brand new! No codes used! Just opens seal!” exclaimed a description on an image posted on Instagram by user verace_ridz. 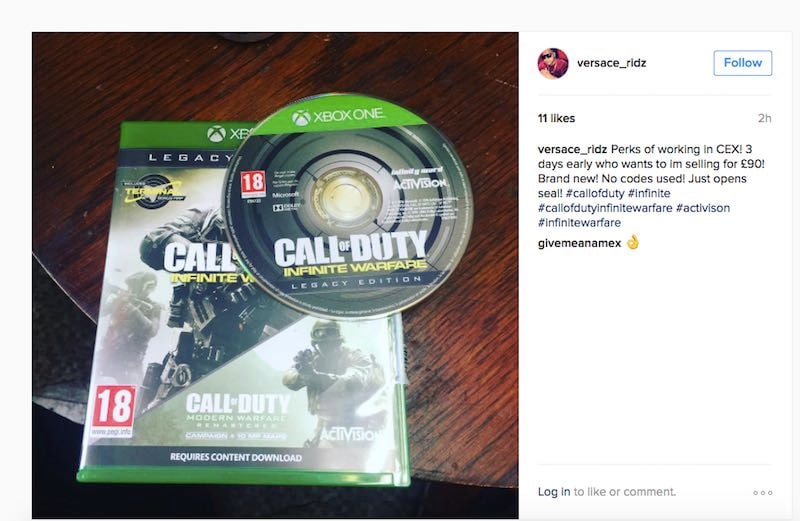 This isn’t the first time CEX has had a game available for sale ahead of its official release. Earlier in the year, Uncharted 4 could be purchased two weeks ahead of time. Later Sony stated the copies for sale were stolen.

With the game due on November 4, it’s unlikely that India will see an early release. Activision’s distributor World Wide CD ROM is known for running a tight ship, particularly for popular titles such as this.

Nonetheless, if you prefer getting it digitally, you can pre-load Call of Duty: Infinite Warfare on the PS4 and Xbox One right now. There’s been no announcement of when it will be available for download on the PC, but according to some you can expect to download it from November 1, 10am PST (10:30pm IST) onwards. This is when the Steam store updates globally, and would put it on par with the pre-load of previous COD games.

Call of Duty: Infinite Warfare Has an Early Release Date in the UK
Comment