This follows a tweet from the Call of Duty account that shows off the PS4 Pro logo at the end of a six second teaser, suggesting at the continuation of Activision's marketing partnership with Sony for the Call of Duty games that stretches back to 2015's Call of Duty: Black Ops 3. Prior entries were marketed in collaboration with Microsoft for the Xbox 360 and Xbox One. 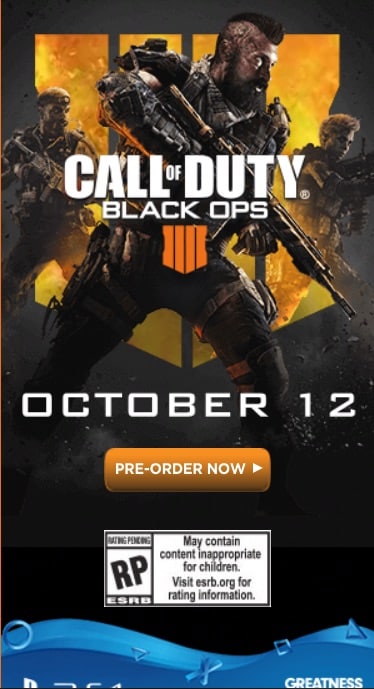 To make things even more puzzling, reputed Call of Duty fan site Charlie Intel claimed that this is a hoax, suggesting it was made by an uninformed Gamestop employee.

Considering how popular Call of Duty: Black Ops 3 still is, it's no surprise to see Activision continue with games set in the same universe. For Nintendo, it means a return of Call of Duty to its consoles. The last title to grace a Nintendo console was Call of Duty: Ghosts for the Nintendo Wii U back in 2013.