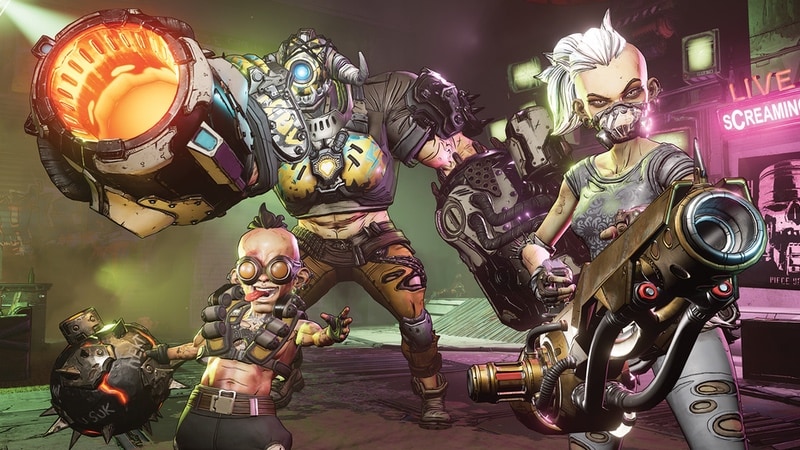 Pitchford was responding to a fan who said they love Borderlands but they think Steam is the better store overall in terms of popularity and features. Pitchford began by saying: “Currently Steam has a bunch of features that the Epic Games Store does not. That's fact…” He said this may not always be the case.

Pitchford added: “We also must acknowledge that Borderlands 3 does not exist today but rather it will exist in September. The store will be different when the game launches. It will become a boon to their store if they bring sufficient features to make the customer experience great for us.” His larger point is about Borderlands 3 being one of the biggest games to be exclusive to Epic Games Store, which could serve as motivation for the store to expand its array of features faster than otherwise possible.

“Epic will suffer (again) if, by the time Borderlands 3 launches, the customer experience is not good enough. This is a tremendous forcing function for Epic,” Pitchford said in another tweet. “This is also really good for Borderlands 3 as Borderlands 3 will be the biggest, by far, new game to arrive on the Epic store since they launched and Epic can be sure to invest huge amounts of resources specifically for the features most important for Borderlands 3,” he added.

Pitchford's long tweetstorm went on to touch on other subjects such as how Valve invests its 30 percent cut from Steam and how it will need to make its store even better now that Epic Games Store is here as competition. He tweeted about other subjects such as Epic Games's decision to take on investments and how that influences their decision-making process as well. The full thread is worth a read if you're interested in how the PC game store business operates.