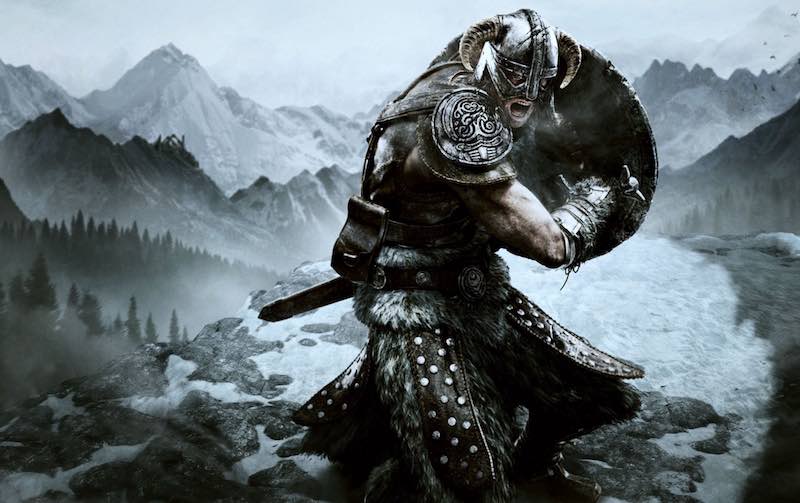 The rumours prior to E3 2016 were true. Bethesda showed off its Skyrim remaster (as we predicted), a new Quake game (that we also reported), and of course Dishonored 2. There were content additions to existing games such as The Elder Scrolls Online and Fallout 4 as well. Here's are the important announcements from Bethesda's second E3 event.

Quake Champions is Quake 3 Arena for modern PCs
Things got of to a cracking start with Bethesda announcing Quake Champions with a CG trailer. It's an arena based shooter building on the series' multiplayer heritage. It's built from ground up for e-sports and there will be variety of characters to choose from. What's interesting is it will run at 120Hz and have unlocked frame rates - which should ensure an extremely fluid experience. Right now it's announced only for PC. But we suspect it will hit the PS4 and Xbox One (or their mid-generation upgrades) as well. At the moment it has no release date.

The Skyrim remaster is real
And it's called The Elder Scrolls V: Skyrim - Special Edition if we're to be precise. Lots of visual upgrades such as enhanced shaders for snow and water, an increased depth of field, and new God rays. This open-world role-playing game re-release will have support for mods as well. It's for the PC, PS4, and Xbox One, which is a bit odd considering that the PC version can look just as good, if not better due to existing mods. There's no telling if you can use Steam to customise the PC version - rather it's probably going to use Bethesda's own Bethesda.net service for mods. It's out on October 28 this year.

The sequel to Prey is simply called...Prey
Yes, you read right. After being leaked three years ago, Bethesda finally lifted the lid on the sequel to cult first-person shooter Prey. And it sports the same name albeit with a different premise altogether. You find yourself on Talon I, a "very special space station" where simulations are run to evolve humanity. That is until aliens take over. While the first game was action-filled, this time around Prey seems to be more focussed on psychological horror and suspense. It's out next year on the PC, PS4, and Xbox One with more information at Quakecon in August.

Dishonored 2 looks supernaturally superb
Supernatural action-stealth game Dishonored 2 stole the show with extended gameplay footage showing off a gorgeous looking world. Unlike the first game that was powered by the Unreal Engine, Dishonored 2 will run on in-house technology called the Void Engine which is built on id Tech that's found in games like Doom and The Evil Within. However it looks nothing like these two games. Rather, there's a slick oil painting aesthetic similar to the original Dishonored and fantastic lighting and effects.

In terms of gameplay you can play as Corvo from the first game or Emily - his daughter. They both have their own unique powers such as transforming into an otherworldly beast or teleportation to make it past the game's many obstacles and objectives. It seemed close to final what with a fantastic degree of polish. Set for release on November 11 this year, Dishonored 2 is one to look out for.

There were other announcements such as new downloadable content (DLC) for Fallout 4 allowing you to build a variety of contraptions as well as Nuka World - a new area to experience in August, new Doom multiplayer DLC, Fallout Shelter coming to PC, The Elder Scrolls Online for PS4 and Xbox One getting the much awaited Dark Brotherhood expansion, and Hearthstone-inspired The Elder Scrolls Legends coming to Mac, iOS, and Android later this year. Oh and Fallout 4 VR will hit the HTC Vive next year.

Even though we didn't see a new Wolfenstein game, it appears to have been teased while showing off Quake Champions what with a title called New Colossus seen during the opening moments of the event. With the murmurs prior to E3 being correct it did take away from some of the novelty and spectacle that made Bethesda's debut E3 last year a rousing success. Nonetheless, with a slew of games to look forward to, E3 2016 just got a whole lot more interesting.