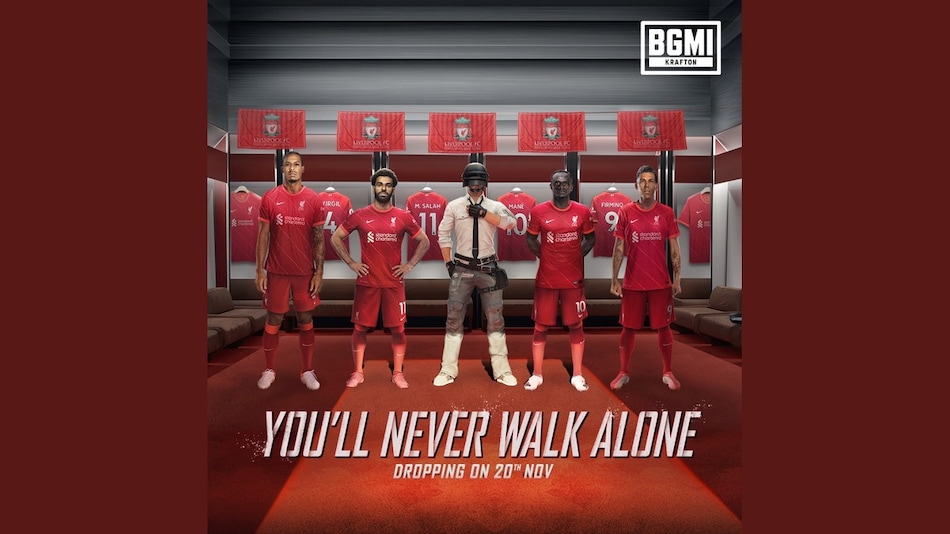 Battlegrounds Mobile India recently received update 1.7 that brought League of Legends' Mirror Island. However, many players reported that they were not able to claim the Mirror World lobby theme. Krafton, the developer of Battlegrounds Mobile India, has released a hotfix that lets users claim the lobby theme. The update 1.7 lets players experience 4 characters from League of Legends and Arcane, gain special Liverpool FC-branded equipment, and play in the India-specific event called The Recall. Additionally, the update was bundled with bug fixes and improvements.

Through a blog post, Krafton on Tuesday announced that from November 23 at 5:30am till December 22 at 5:29am, Battlegrounds Mobile India players will be able to claim the 'Mirror World Lobby Theme.' The temporarily available lobby theme can be claimed through Recommended Event Center and can only be claimed once the players have the app updated on their devices.

On November 19, Krafton announced a few special events that Battlegrounds Mobile India players could participate in. One of the significant events include League of Legends and Arcane's Mirror World mode that can be played on Erangel, Livik, and Sanhok maps. Once enabled, Mirror Island appears after the players have played on the map for some time. Players will be able to enter Mirror Island through the Wind Wall portal on the ground. There are four characters that players would be able to play as Caitlyn, Jayce, Jinx, and Vi.

Furthermore, Krafton has also announced a partnership with Liverpool FC. Players would be able to participate in the You'll Never Walk Alone event where they can win a Liverpool FC-branded parachute, backpack, and the jersey. Battlegrounds Mobile India is also organising an India-specific event called The Recall where players win Recall tokens that can be exchanged for rewards from the in-game store.

Players will also get to purchase the 5th month of the Royale Pass for 360 UC, the in-game credit. The latest Royale Pass is based on the theme of Mirror Realm. Other benefits of the Royale Pass include the Katarina Leader outfit, Black Circus outfit, Kar98 skin, and MK47 skin. Additionally, the update also brought many bug fixes and improvements.