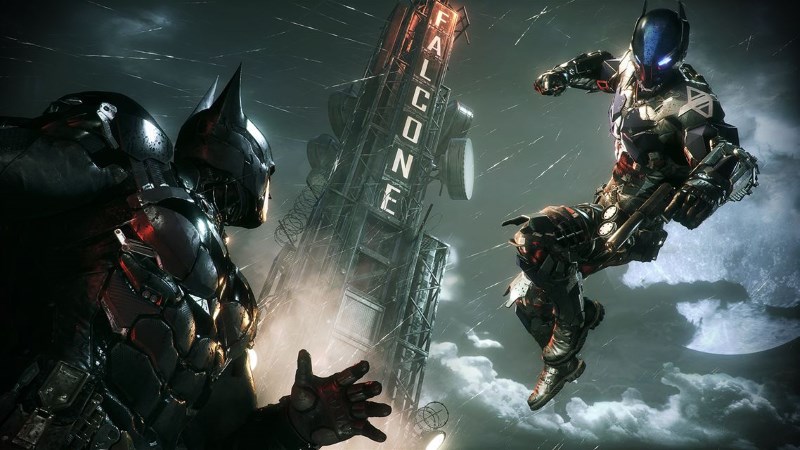 Batman: Arkham Knight, the fourth instalment in the gritty Arkham series and the third from Rocksteady Studios, will not ever release on OS X and Linux, Warner Bros. announced in a post on Wednesday night.

Writing on the Steam community pages, a developer added that players who had already pre-ordered the game on Valve's digital video game distribution platform can apply for a refund as the publisher had decided to cancel a port of the game entirely.

The abandoned Batman adventure has already had quite a rollercoaster ride on Windows PCs, so this obviously did not come as a surprise to many, as evinced from the comments underneath the Steam post. While some opted for sarcasm ("Good job guys"), others were harsher with their words ("I guess this just helps establish what I'm to expect from WB in the future. Bait and switch, empty ripoff season passes, low quality implementation.").

Batman: Arkham Knight's problems on PC were evident from the start. Even after issuing multiple patches, Rocksteady was unable to solve the issues and forced Warner Bros' hand as they opted to pull the game from Steam and issue refunds. It's never been properly fixed since then, and remains in a half-broken state.

The news of cancellation is a sad state of affairs considering how good the game is. Gadgets 360's Rishi Alwani gave Arkham Knight a 9 out of 10 in the review, pointing out the "compelling plot", "rock solid combat" and "well-designed levels" escalated it into the upper echelons of Batman games.

Six Degrees of Separation? Facebook Finds a Smaller Number
Bowers and Wilkins' Rob Sinclair on His Favourite Gear and the Future of High-End Audio