The sequel set for worldwide release on October 28 takes players to the streets of Paris during the French Revolution.

"I was surprised how realistic it could be," Ubisoft chief and co-found Yves Guillemot told AFP at a major E3 video game gathering that wraps up here on Thursday.

"From the street names to how it was before compared to how it is now, you are really more into the details when it is your own city," he said.

Billed as the most "dense and immersive" version of the hit franchise ever created, "Assassin's Creed Unity" casts players in the role of a young man who grows into a master assassin and helps shape the fate of France during a tumultuous time. 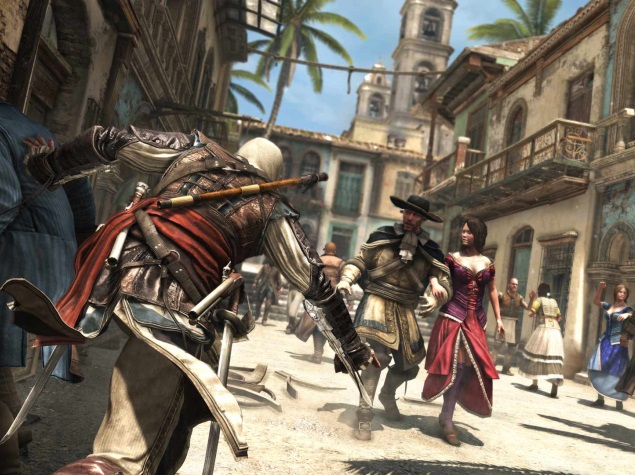 "We have been working with lots of people to try to get the spirit of the French Revolution; what happened and why it happened," Guillemot said.

The game strives to capture what people were feeling in France at the time.

Special editions include a "Guillotine Collectors Case" along with Notre Dame and Bastille themed packages.

The "Assassin's Creed" franchise has grown to include novels, comic books, mobile games and films.

"Assassin's Creed" was the first game to immerse players in a believable and mature experience inspired by historical events. Games have been set in Italy, Constantinople, and even colonial America. But this is the first time it will play out in France.

Versions of "Unity" will be tailored for play on Xbox One, PlayStation 4 and personal computers powered by Windows software.

The prior version of "Assassin's Creed" put players in the boots of a bold pirate and tapped into mobile devices to expand play.

"Assassin's Creed IV Black Flag" was set in the Caribbean during the "gritty and exotic" Golden Age of Pirates with a main character who is a descendant in a line of assassins given starring roles in the popular franchise.

Assassin's protagonists have included a Renaissance Italian; a 12th-Century Syrian, and a Native American during the colonial period.