Assassin’s Creed Origins is the name of the next Assassin’s Creed game. According to a retailer pre-order card posted on Imgur, the game’s setting is Egypt what with a pyramid behind the logo and the Great Sphinx of Giza. The protagonist is seen as well, with a bow, arrow, and shield. This confirms a previous leak on the game's title.

Aside from the obvious standard edition of the game that should cost $60 (around Rs. 3,855), there should be, much like Far Cry 5, a Deluxe and Gold Edition. The former is hinted at in the leaked pre-order card and the latter is openly advertised. 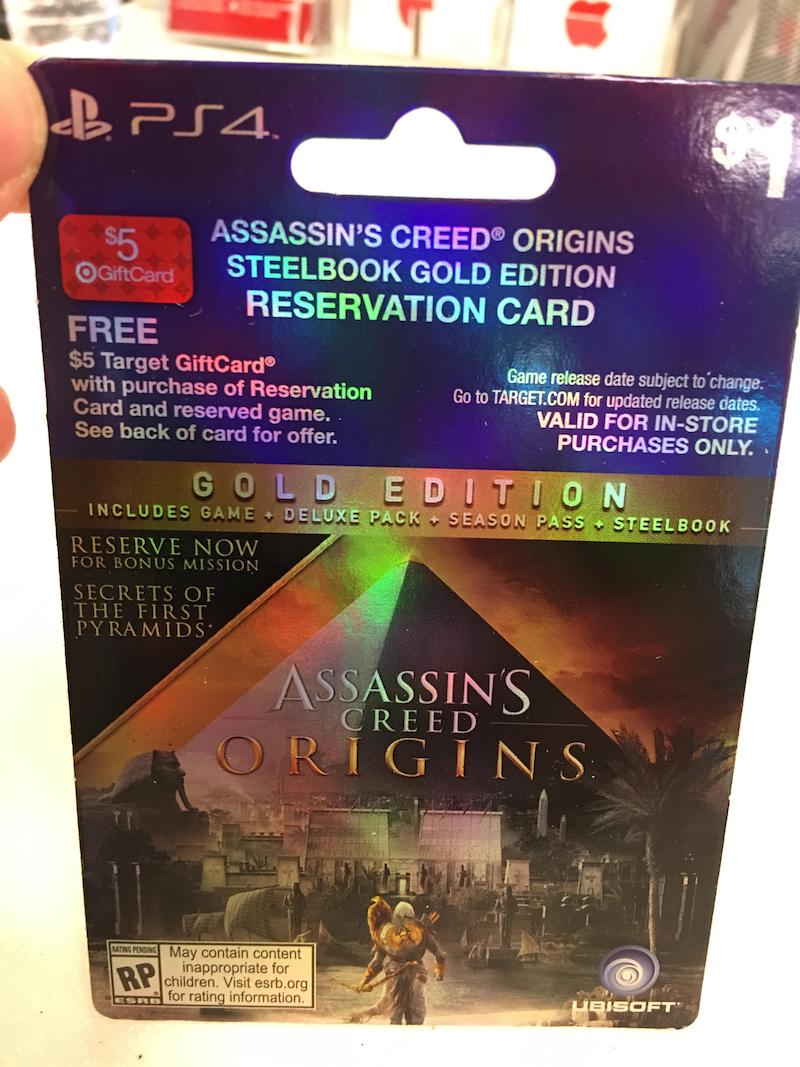 Much like Far Cry 5, it’s safe to assume the Deluxe Edition of Assassin’s Creed Origins cost $70 and will have all the contents of the Gold Edition minus the Season Pass and the steelbook.

At the moment there’s no pricing information for the game for India. Traditionally Ubisoft has priced its games at Rs. 3,499. However with the company raising prices on Steam by 100 percent, we won’t be surprised to see a price hike for Assassin’s Creed Origins for the PS4 and Xbox One at retail. Nonetheless, the game’s distributor, E-xpress is yet to confirm this. Expect this to be known after Ubisoft’s E3 2017 conference.