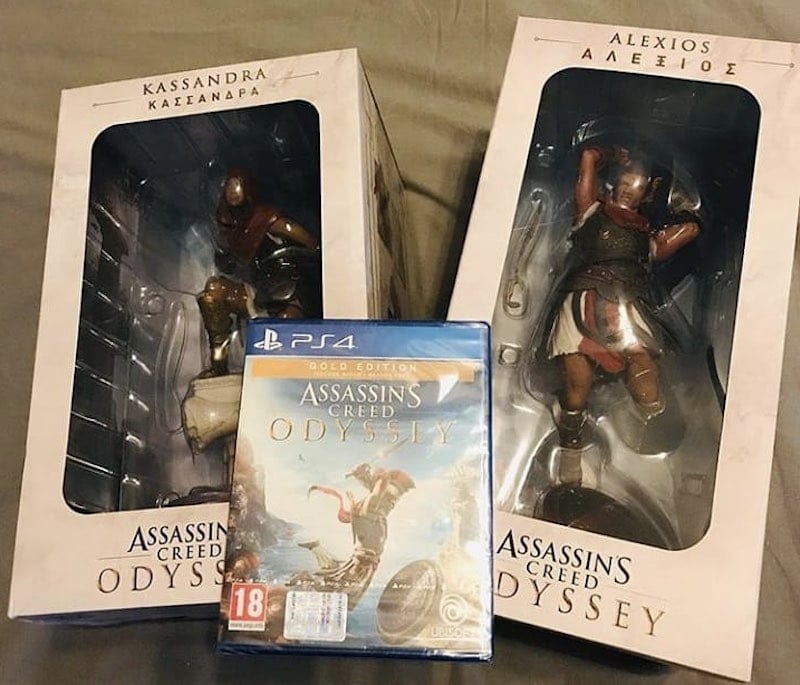 Usually in the Middle East, early releases or street date breaks as they're called, tend to be versions from other regions like Asia, Europe, or North America and this fits the bill, being a European release of the game thanks to the PEGI rating on the cover. The US street date break copies however, appear to be copies meant for that region.

It's unlikely that we'll see early copies of Assassin's Creed Odyssey in India despite its proximity to the UAE. Reason being, multiple retailers speaking to Gadgets 360 have said that they're focussing on ensuring a steady supply of FIFA 19. The FIFA games have been exceedingly popular in the country and the fact that they're only officially available via Amazon India makes them a ripe target for parallel imports. As with most big budget Ubisoft games, there are a host of editions for Assassin's Creed Odyssey. Here's what India will be getting when Assassin's Creed Odyssey is available officially from October 2 onwards aside from the standard edition of the game.

With Spider-Man, Forza Horizon 4, and Shadow of the Tomb Raider already on the store shelves and Red Dead Redemption 2 and Call of Duty: Black Ops 4 yet to arrive, are you going to play Assassin's Creed Odyssey this year? Let us know in the comments.

Update, September 30, 2018: story incorrectly attributed the copy in question to be a Middle East version of the game when it was actually a European release. Story has been updated to incorporate this.