PS5 and Next Xbox Launch to Have Assassin's Creed With Vikings: Report 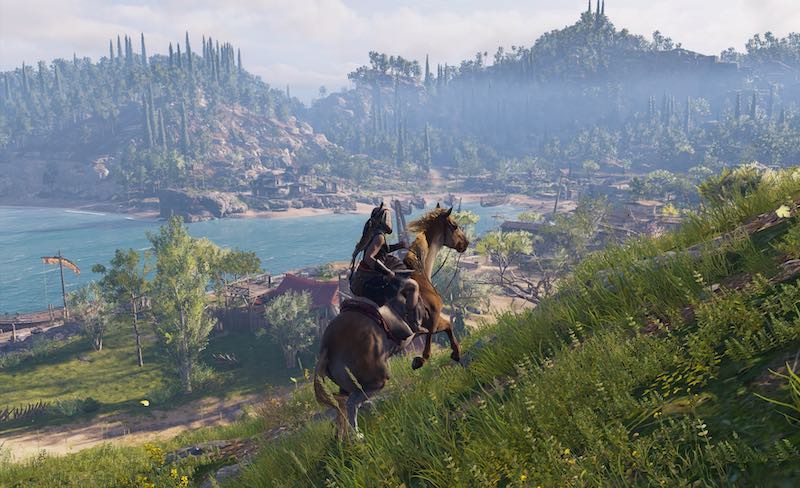 "So does this mean that the next Assassin's Creed, confirmed by Ubisoft to be skipping 2019 and going straight to 2020 (just in time for the expected release of next-gen consoles), is all about Vikings? Well, yes," claims Kotaku's Jason Schreier. "Yes it does. A few months before this teaser emerged, Kotaku learned from two independent sources familiar with the game that 2020's Assassin's Creed, code-named Kingdom, does indeed star Vikings. We don't know much else about the game, but after the phenomenal Assassin's Creed Odyssey, we're stoked to see what's coming."

At Gamescom 2018, Ubisoft confirmed that there won't be a new Assassin's Creed game in 2019.

In addition, Ubisoft will release additional content for Odyssey through 2019. "What you will have is lots of content coming on [Odyssey],” he added. “The team really want to give, on a regular basis, some new possibilities for play, so when you get [Odyssey] this year, you're going to get in for a couple of years, actually."

The latest rumours indicate that the PS5 will start at $399 (around Rs. 28,500), same as the launch price of PS4 back in 2014, whereas the upcoming Xbox One successor will be released with a price-tag of $499 (around Rs. 35,600), again same as launch price of Xbox One with Kinect sensor. The Kinect-less variant, which was added later, was sold initially at $399 (around Rs. 28,500). Prior to the Stadia reveal, the PS5 and next Xbox rumoured specifications were as follows.

Next Xbox specifications and price