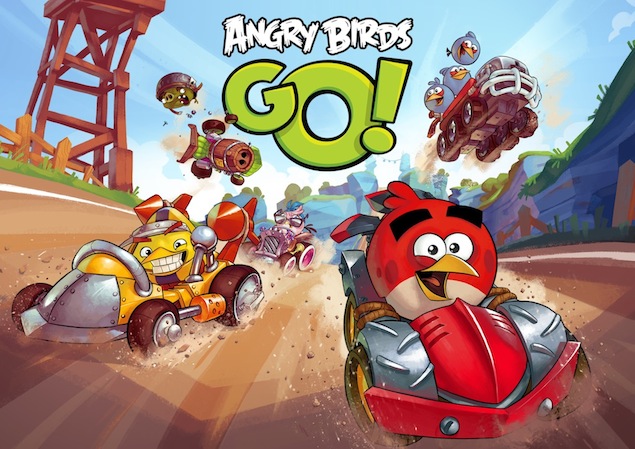 The game would be available worldwide on December 11 on all major mobile platforms including Android, iOS, Windows Phone 8 and even BlackBerry 10, via respective app stores. Angry Birds Go! would be a free-to-play title, and will offer a number of modes and features.


"In Angry Birds Go! you can feel the rush as you fling down the track and go head-to-head in a fast and furious race to the finish line! Look out for treacherous roads, mischievous opponents and unique special powers to put the race leader behind the pack. Plus you can go from homemade soapbox car to a super-fly car by upgrading your ride. It's all there, along with crazy stunt and air tracks, and many fun and surprising game modes," says the blog post, describing the gameplay.

Gamers will also be able to transport Hasbro's TELEPODS live figure karts to the game just like Angry Birds Star Wars II. This is essentially an augmented reality based feature where users can scan live figures via the device's camera and transport it to the game.

The gameplay appears to be similar to other kart-racing games like the Super Mario Kart, Sonic & Sega: All Stars Racing and Crash Nitro Kart.

Windows Phone 8.1 not getting rid of Back button: Report
Micromax Bolt A58 with Android 4.2 available online for Rs. 5,499