Android TV Gets Support for Phones as Game Controllers: Google at GDC 2015

In what seems like an attempt to stake claim to the living room, Google announced at Game Developers Conference 2015 (GDC 2015) a new API for developers known as Nearby Connections. With this, developers can build a link between Android tablets or phones and screens powered by Android TV.

This will allow the connected Android phone or tablet to display on-screen controls while the game itself will run on Android TV, allowing for a big screen experience without the need of additional console hardware or separate controllers.

Nearby Connections will be available in an soon to be released update to Google Play service. Beach Buggy Racing, an upcoming racing game has the feature baked in. Using Nearby Connections, up to four users can play the game on Android TV using their Android phones as controllers. 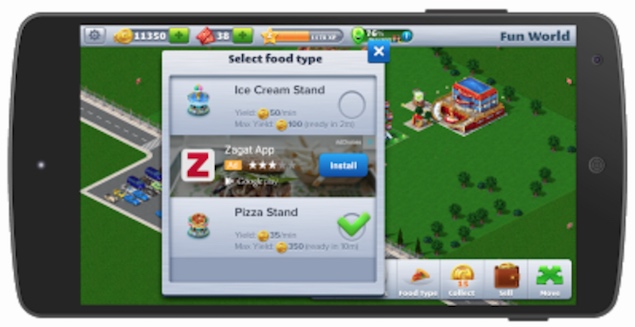 In addition to this, the US-based company stated that its AdMob platform will allow for native ads. What this means is, game makers can choose ads to display in their games that match the game's user interface allowing for a less jarring experience for end users. Right now this feature is in limited beta.

Also announced is in-app purchase house ads beta. Aside from being a mouthful of a name, lets developers track which users have a higher probability of spending on in-app purchases. Accordingly AdMob users can push text or image ads prompting them to make a purchase. Audience Builder is another new addition which lets developers create lists for different audiences and customise ads for each.

While all these updates reaffirm Google's focus on consolidating its position as the largest mobile platform, it also highlights the need to ensure cross compatibility across what many still perceive as a fragmented hardware landscape. It's something of a crutch. Despite Android's prevalence, the platform doesn't monetise as well as it should, something Google is aware of. Whether Android's monetisation potential can come close to iOS' with the renewed efforts however, remains to be seen.