'Advanced Warfare' a Major Departure From Call of Duty Series 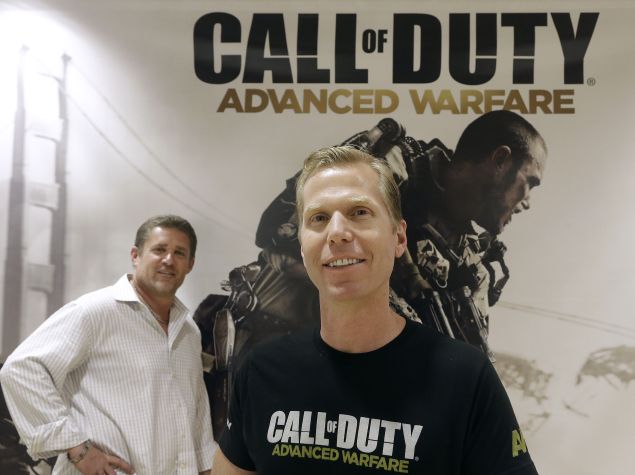 It feels like a well-armed Christmas morning at Sledgehammer Games.

Michael Condrey and Glen Schofield, co-founders of the video game studio responsible for the next "Call of Duty" installment, are excitedly unwrapping virtual goodies in the chummy meeting room that connects their offices: a pistol with a polycarbonate grip! a rifle equipped with a ballistics computer! A leather captain's cap!

"You can end up with something like 22 billion combinations," Condrey told The Associated Press recently while zealously swapping the gear and guns on his on-screen avatar. "It's kind of an outlandish number, but it's not really about the number. It's just that it's fun to you. You can be one of 22 billion. You can finally, really customize your character in 'Call of Duty.'"

"It took him three weeks to calculate that," joked Schofield, the Oscar Madison to Condrey's Felix Unger.

As players snipe opponents and meet goals in multiplayer match-ups, they could end up with three different pieces of such loot each round. While virtual booty is hardly an original idea in gaming, Condrey and Schofield expect their new swag system to make a big impact on "Call of Duty," where even subtle changes can shift how the game is played by millions online. "We call it supply drop," said Condrey. "It provides you with thousands of rewards for time played and accomplishments for your play style - more than 350 weapon variants, thousands of pieces of unique character gear and consumable one-off rewards like extra perks and score-streaks."

The more customizable virtual army is one of several updates coming to the multiplayer mode of "Call of Duty: Advanced Warfare," the latest installment of Activision Blizzard's wildly successful shoot-'em-up franchise. "Advanced Warfare," scheduled for release Nov. 4, is setting the 10-year-old military series' sights squarely on the future.

The single-player campaign kicks off in 2054 with a global terrorist attack on several nuclear reactors. The raid leads to the rise of massive private military companies, such as Atlas Corp., a fictional outfit armed with futuristic war toys like walking tanks that's led by the power-hungry Jonathan Irons. He's portrayed in a voice- and motion-capture performance by Kevin Spacey. 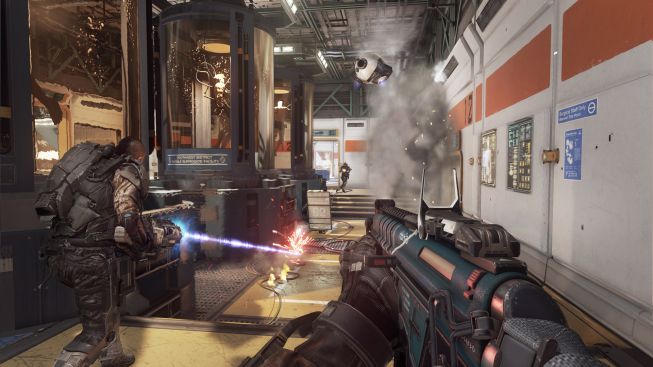 The high-tech elements extend to the game's multiplayer matches, the addictive mode where "Call of Duty" players spend most of their time. "Advanced Warfare" gamers will each be outfitted with a customizable exoskeleton suit that enables them to quickly dodge incoming fire, create makeshift shields, boost into the air and slam down on enemies.

It's a giant leap from the traditional and realistic run-and-gun movement of past "Call of Duty" chapters.

"It changes the way we designed the maps," said Schofield. "We've got verticality now. I think for people who've been playing 'Call of Duty' for 10 years and are used to playing a certain way, they're going to have to learn a new way to play. It changes your tactics and the speed of the game. You can get up onto roofs and much taller places now."

Condrey and Schofield, who formed Sledgehammer in 2009, started tinkering on "Advanced Warfare" three years ago, after shelving a third-person "Call of Duty" title and finishing work on "Call of Duty: Modern Warfare 3." 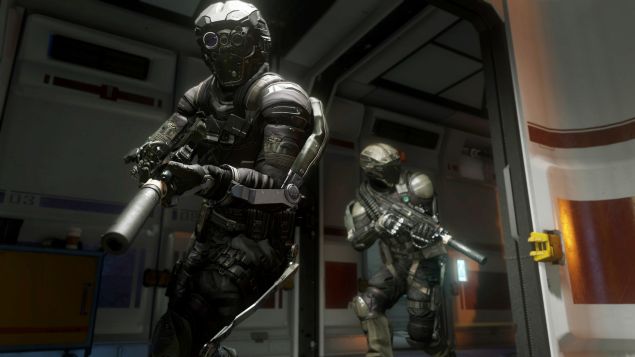 "At the time, (Activision) said to take some chances, and if we go too far, they'll tell us - and we did," said Condrey, who previously worked with Schofield on the "Dead Space" sci-fi series at Electronic Arts Inc. "We took some chances, and a few times they told us we took it too far. There was a desire from Activision to innovate in a big way. This isn't your same old 'Call of Duty.'"

"Advanced Warfare" is poised to be a pivotal test for the aging "Call of Duty" franchise after 2013's "Ghosts" sold less than 2012's "Black Ops II" at launch. There also are a few newcomers to the shooter genre this year, including Activision's "Destiny" from Bungie and EA's "Titanfall" from Respawn Entertainment - a game that similarly features players being propelled through the air.

The reaction to the "Call of Duty" updates was mixed Monday after Condrey and Schofield unveiled the game's multiplayer mode during a presentation broadcast live from Gamescom, the gaming industry trade show in Cologne, Germany. Despite the mocking title "Titanfall 2" becoming popular in Twitter discussions, Activision's stock closed slightly higher at 1.15 percent. 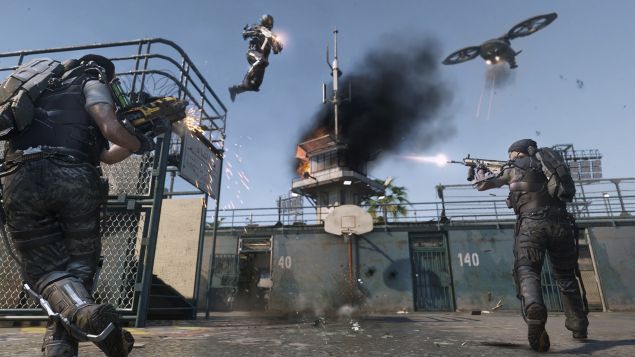 Ludwig Kietzmann of the gaming blog Joystiq praised the changes, noting "the move to the future has divorced the game from some of today's real-world violence, dressing soldiers in unrecognizable power armor and granting them laser guns that seem too fun to be true." He added it "strengthens and draws focus to 'Call of Duty's' standing as a multiplayer game."