Best PS4 Games: 15 Games Every PS4 Owner Should Have

Here are our top picks for the best PS4 games you can play right now on the PS4 and PS4 Pro.
By  Pranay Parab  |  Updated: 1 February 2019 01:10 IST
It's no surprise that GT Sport features in our list of best PS4 games
Highlights

We've picked the 15 best PS4 games everyone should play

If you got yourself a new PS4, this list highlights the games you need

Once you get yourself a PlayStation 4 or a PS4 Pro, you'll quickly realise that there are just way too many games to choose from. There are some great games on PS4 but the platform also has some mediocre titles that you should avoid. Having reviewed several of the best PS4 games and played many more, we decided to look at the catalogue and pick the cream of the crop right now in 2018.

We picked our list of best PS4 games by using a combination of factors including the games we've rated highly, games rated highly on review aggregator sites such as Metacritic and OpenCritic, platform exclusives, and the games that are best played on the PS4. We haven't included some obvious picks such as Firewatch because we feel these games are best played on other platforms. We've also excluded some games that have been ported from other platforms. We'll be including these titles in our best game articles for those platforms. We narrowed down our list to the 15 best PS4 games, which are listed below in no particular order.

15 Great Xbox One Games You Need to Buy

A more mature Kratos and his equation with his son Atreus make 2018's God of War one of the best storytelling experiences we've ever seen in video games. Excellent combat, well thought-out puzzles, and a great setting (Norse mythology, anyone?) are just some of the reasons why God of War excels. One of the highlights of this game, for us, remains the chatter between Kratos and Atreus (Boy!). As we noted in our review, Kratos' first proper appearance in the PS4 is literally god tier.

The Last of Us Remastered

We've generally tried to avoid including remasters and ports in this list but The Last of Us Remastered is an exception because the game had some performance issues on the PS3, whereas its PS4 version is flawless. The Last of Us Remastered is also an exception because it's one of the very few great stories set in the backdrop of a zombie apocalypse. Not only does it tell a fantastic story, but it's a shining example of scriptwriting in video games. Ellie and Joel are both well-rounded characters, but every side character we came across was also equally well-written. The combat is also excellent with perpetual scrapping for ammunition and resources to craft weapons, making it one of our picks for the best PS4 games right now.

Buy: The Last of Us Remastered

A normal high-school student by day and a demon slayer by night — that's your character in Persona 5. It sounds quite ordinary but Persona 5 is anything but, and is good enough to one of the must-have PS4 games right now. Everything you do in this game adds so much to the overall story so you'll find yourself paying attention to even the minutest of details. It's a role-playing game where the story changes based on your decisions in-game, and it's a fantastic story at that. The combat and the soundtrack are also top-notch and the latter will stay with you for a long time after you've finished Persona 5. For a game with a really small world, it's a great achievement to see that every part of the world is so alive. 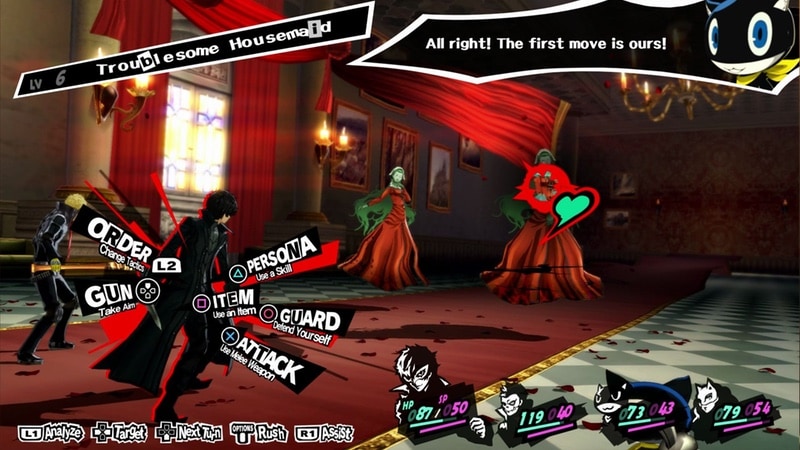 The Nathan Drake saga reaches its conclusion with Uncharted 4: A Thief's End and the game has everything its predecessors did, and then some. While Drake is out to save his brother Sam, you'll find yourself admiring the quality of the puzzles you have to solve in order to help Drake achieve his goal. The game emphasises puzzles over combat and even allows you to get your way via stealth as opposed to open confrontation.

If you've finished playing Uncharted 4, we highly recommend that you check out Uncharted: The Lost Legacy. The game's protagonists are not Nathan Drake, which allows the developers to explore new characters. The Lost Legacy is also set in India and the plot centres around Indian mythology, which has been represented very, very tastefully.

Nier: Automata is set thousands of years in the future where human-created androids are locked in an endless tussle against alien-origin machines. At the heart of this struggle are androids 2B, 9S, and A2 — the three characters you mainly play as. Nier: Automata's story expands in scope slowly and a very simple plot reveals itself to be a much more complex beast as you play through the game. Featuring some of the best combat we've seen in any PS4 game and a total of 26 endings (with five main endings) and one of the best soundtracks ever seen in video games, Nier: Automata is a game every PS4 owner must play.

The Witcher 3: The Wild Hunt

The story of Geralt of Rivia, who's a witcher or a monster hunter, reaches its conclusion in The Witcher 3: The Wild Hunt. Before you start playing The Witcher 3, you should know that this game is massive. It'll be a long time before you finish the game. Even if you pledge to complete just the main story, the side quests are so compelling and add so much more to the game that you'll find yourself completing those too. The Witcher series is also quite brutal — one wrong dialogue choice could result in fatal consequences for important characters. That's not to mention the fact that this game has multiple endings to keep you hooked. All in all, it has pretty much everything you'd expect from one of the best PS4 games in 2018.

Buy: The Witcher 3: The Wild Hunt

Gravity Rush 2 is not a perfect game, but we enjoyed it so much that we had to include it in our list of best PS4 games. Its gameplay involves solving puzzles by controlling gravity. Yes you can invert gravity in this game. This game irons out the rough edges in terms of gameplay and combat that Gravity Rush had, and makes the overall experience much more appealing. With three gravity styles to make the combat come alive and another excellent story, Gravity Rush 2 is definitely good enough to keep you hooked for quite some time.

Five years ago, if you'd told us that a beat-em-up game would be recognised as one of the best PS4 games, we'd have laughed out loud. Yakuza 0, however, is so much more than a beat-em-up game. The superlative narrative takes you through the origin stories of Kiryu Kazuma and Goro Majima, two of the Yakuza video game franchise's most important characters. It's the kind of a game where every side quest adds a lot to the story and two of these side quests could've been full separate games. Completing side quests in Yakuza 0 adds so much more to combat that you'd be missing out if you just focus on the main story. The lack of autosaving aside, Yakuza 0 is as close to perfect as you can get with a video game. 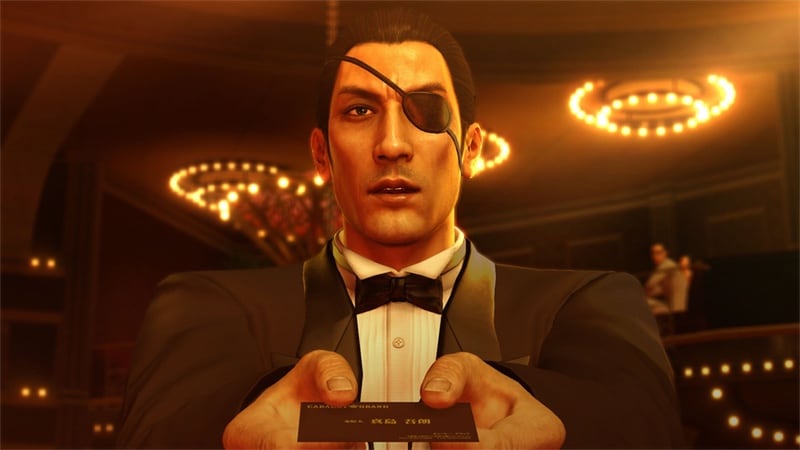 The PS4 is well-stocked with games from most major video game genres with one notable exception — racing games. Somehow there just aren't that many great racing games on the PS4, but Gran Turismo Sport is so good that it's easily one of the best racing games of this generation. It's a simulation racing game with a razor sharp focus on realism and the driving experience. Months after release it continues to get major content updates and add to the experience. There's not that much in the way of single-player but Gran Turismo Sport has aced online player-versus-player racing.

Supergiant Games' Pyre is very different from the studio's previous two games (Bastion and Transistor). Pyre has a very high quality of storytelling and narrative, but it's essentially a sports game. The core gameplay revolves around Pyre's basketball-like sport where teams of outcasts compete in a bid to achieve salvation and return to their homeland. It's an impressive achievement to tie that solid gameplay in with a great story and some wonderful characters. That is why Pyre's in this list of best PS4 games.

The Souls series (featuring games such as Dark Souls and Demon's Souls) has a large cult following, but our favourite game in that mould is Bloodborne. Now Bloodborne has a lot of similarities to the Souls series, but its faster gameplay and a fresh aesthetic put this game on this list. In terms of depth in gameplay, Bloodborne feels more like an evolved version what we've seen in Souls games while keeping the same level of difficulty. The Victorian setting, different enemy types, and weapons in this game make it worth playing over and over.

No one does online games as well as Blizzard. The company that gave us World of Warcraft and Hearthstone has outdone itself with Overwatch. It's a first-person shooter with cartoonish characters known as heroes and it's perhaps the biggest multiplayer shooting game of this generation. Overwatch's characters offer a lot of gameplay variety and so do its maps. Blizzard went one step further by adding a lot of in-game lore and all of this combined makes Overwatch one of the best games on PS4.

The Grand Theft Auto franchise is among the most successful series in video game history. GTA V is probably the best game in the series thanks to its excellent narrative structure featuring three protagonists and many memorable characters that complement an excellent story. GTA V's open-world structure allows you to explore the entire world soon as you finish the introductory sequence and it's one of the highlights of the game. There's so much to do in the world of GTA V beyond the main story and much of it is extremely well-designed. All of these factors combined with Rockstar's excellent marketing have made GTA V one of the most successful games of all time. 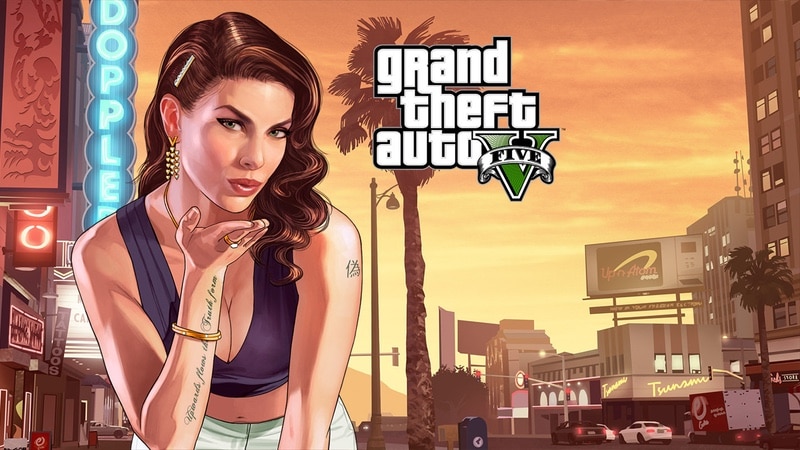 Sony's first-party game lineup is incredibly strong and Horizon Zero Dawn is the newest among those games to be included in this list. It's great to see Sony still pushing new IP with a focus on single-player storytelling experiences, and Horizon Zero Dawn is yet another great example of that. You play as a human from a society of hunter-gatherers in a world overrun by machines. It's a post-apocalyptic far future setting with a great story, exciting combat, an impressive soundtrack, and most importantly an open world that you're free to explore, making it one of the best games the PS4 has to offer.

Ratchet & Clank is a third-person platform game with shooting-based combat. Ratchet is an intelligent cat-like humanoid creature (a Lombax, if you will) and Clank is a sentient robot. This game is about their quest to save the universe from the evil Dr. Nefarious who has a weapon that destroys entire planets. Ratchet & Clank's level design is among the best we've seen on the platform games on the PS4, and we really love its over-the-top weaponry.

Which is your favourite PS4 game? Let us know via the comments.

Affiliate links may be automatically generated - see our ethics statement for details.
Comments
Pranay Parab Email Pranay Pranay is in charge of podcasts and videos at Gadgets 360. Over the years, he has written over 500 tutorials on iPhone, Android, Windows, and Mac. He has also written in-depth reported features on the intersection of technology and culture, reviewed fitness wearables, been the social media manager, started two podcasts, and produced several tech videos. He loves travelling, particularly to places not frequented by tourists. He keeps running half-marathons across the country and hopes to complete ...More
Advertisement