Take your games with you wherever you go.
By  Pranay Parab  |  Updated: 11 July 2019 16:24 IST
Best handheld gaming device in India is the iPad mini (2019), seen above with a controller attached
Highlights

The best gaming device, just like the best camera, is often the one that's with you right now. The PlayStation 4 may be the best gaming console, but you can't take it with you wherever you go. If you want to game when you're travelling, then you need a handheld gaming device such as your smartphone or a portable gaming console. We looked at all the options in the market to pick the best device for handheld gaming.

The iPad mini (2019) may not be an obvious choice for a handheld gaming device, but it is overall the best device for gaming on the go. It has the powerful Apple A12 Bionic SoC, which means that you'll face no issues running any game available on iOS. The iPad mini (2019) has a 7.9-inch display which is big enough to ensure that all games are enjoyable and at the same time the tablet weighs just 300g, which ensures that carrying it around is never an issue. We're pleased with the battery life of the iPad mini (2019) as well — it will easily go through six to eight hours of gaming depending on the kind of games you play.

We recommend the 64GB Wi-Fi only iPad mini (2019) model which costs Rs. 34,900. We think 64GB is enough storage space for an iOS gaming device. Many of the largest games on iOS are under 5GB and you can install a lot of games without running out of space. If your primary use is going to be gaming, we don't think most people need the Wi-Fi + Cellular variant — you can just use your phone as a hotspot if you don't have a Wi-Fi connection. As for the 256GB Wi-Fi only iPad mini (2019), it costs Rs. 48,900 and is a bit too expensive to be our top pick. However if you want to install all the games you'll ever need and then some, it's certainly an option.

The iPad is often not looked at as a device for serious gamers, but the kind of high-quality games that released for the device in recent years convinced us that the library of games isn't going to be a problem for most people. Games such as Life Is Strange, The Witness, and Civilization VI are just a few of the many PC-grade titles now available on iOS and they scale well, even on the relatively smaller screen of the iPad mini. If you don't believe us, just check this list of top 100 iOS games released in 2017 and in 2018 over at TouchArcade, or our own list of best iPhone and iPad games.

The App Store underwent a dramatic evolution with the release of iOS 11 and is now easily the best digital storefront for buying games. We say this because Apple's editorial team goes through all new games and curates these into neatly organised sections which is pretty good for discovery. They also publish interviews with developers and game recommendations on the App Store, which has often helped us discover great games such as Playdead's Inside as well as the stories behind a game's development, such as Badland being made entirely on an iPad. These are interesting facts if you're even mildly curious about what happens during the game creation process. It has a pretty smooth refund process too. Games on iOS are a lot cheaper than most other platforms and they frequently go on sale, which is also a big plus. 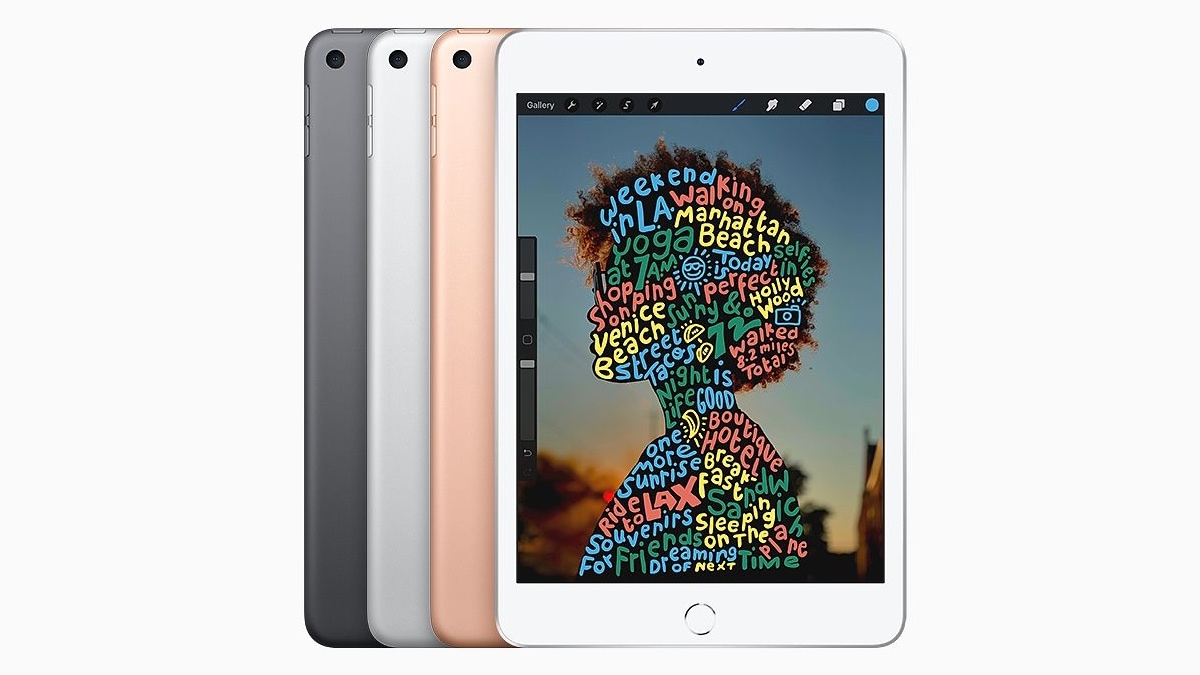 The iPad doesn't ship with any gaming-related accessories. While you don't need any accessories to use your iPad as your primary gaming device, the device supports gaming controllers and some games such as The Witness are best played using a controller. Support for PS4 and Xbox One controllers is coming with iOS 13, which is good news for Indians because those controllers are easily available in the country. We've used these controllers with their respective consoles and they're both excellent. This might entice more developers to add controller support for their games and will make playing a lot of games such as The Binding of Isaac: Rebirth, Limbo, and Oceanhorn much more fun on iOS.

If you haven't yet updated to iOS 13, a controller such as the SteelSeries Nimbus will get the job done. The Nimbus costs around Rs. 6,000 and it's worth the price for serious gamers, although if you know someone coming from the US to India, you could get it for around Rs. 3,500 from there.

Buying a controller means that you will need an iPad case that can prop up the tablet while you play using a controller. You can buy any case that can hold the iPad upright — we don't have a preference as such. Almost all iPads use the Lightning connector for charging, which is the same one as that on the iPhone and quite a few other Apple products. Lightning cables are easily available in India and so is the iPad charging adapter and replacing it should present no problems in case your original charging cable or adapter conk off.

Pretty much every gaming console in the market sells games in some form of physical media. The iPad doesn't have any such feature. Buying a game on disc or cartridge often means that you don't have to download massive games over your slow or data-capped Internet connection. It also allows you to sell games once you're done playing, but none of these are possible on the iPad.

While iPad games aren't nearly as taxing on your bandwidth as the Xbox One X or PS4, you'll still find yourself downloading and updating games as large as 5GB once in a while. This means that the 64GB iPad mini (2019) may not have space enough for some people. In this case, you could go for the 256GB variant.

In an ideal world, the Nintendo Switch would've been our recommendation for best handheld gaming device. However, Nintendo's lack of an official presence in India pushed the Switch down the pecking order. The Nintendo Switch is only available in India via unofficial imports and that's not good news if you're thinking in terms of service and support. 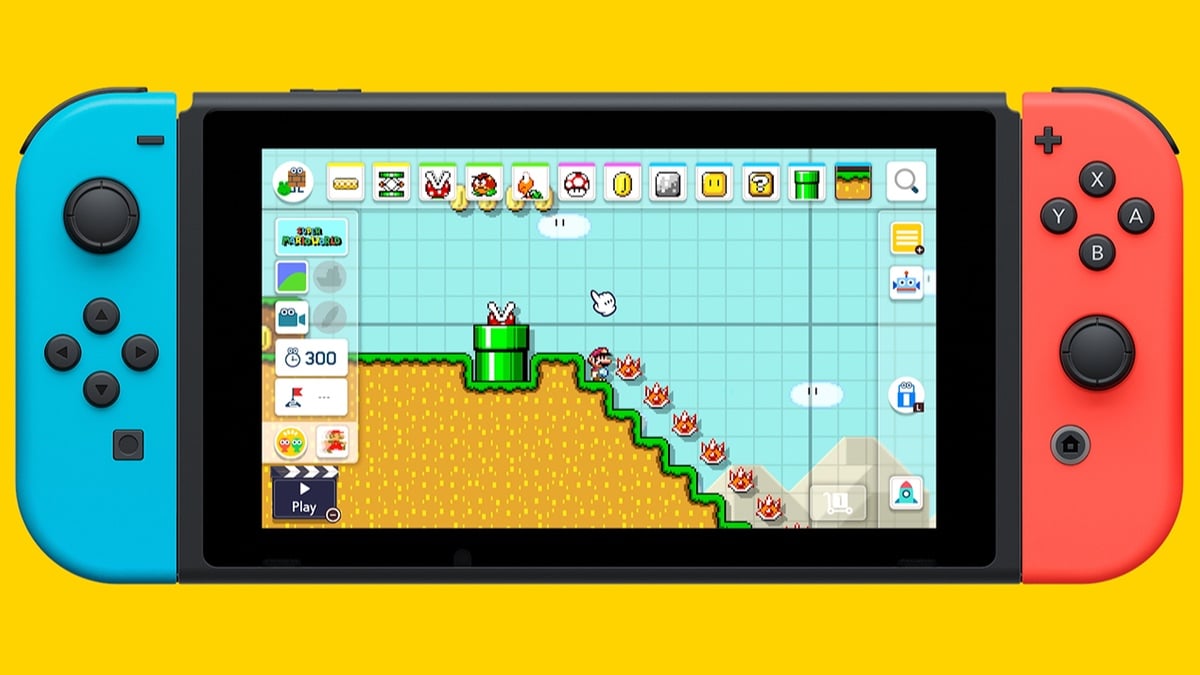 Still, the Nintendo Switch makes for a great purchase for those who want a great portable console along with Nintendo's awesome lineup of games. Titles such as The Legend of Zelda: Breath of the Wild, Super Mario Odyssey, and Mario Kart 8 Deluxe are some of the best games of this generation across platforms. The Nintendo Switch now has a strong library of games and most of these are best played in handheld mode. It has a dock in the box for those who want to connect the console to a TV or a monitor, which gives it added versatility. Its battery life is roughly four to five hours, which is not great but it's good enough for most people.

The Nintendo Switch has a few weaknesses that you should know about. Its internal storage is limited to 32GB, which means that most people will have to buy a microSD card as game sizes, especially from third-party developers, are quite large. A few games require large downloads even after buying the cartridge, which is another negative. We also feel that games are a bit too expensive on the Switch right now. Most top-notch exclusive games like Super Mario Odyssey and Legend of Zelda: Breath of the Wild cost more than Rs. 4,000 each and that's going to leave a big hole in your wallet. You can get some of the best PS4 games for around Rs. 1,000 and on iOS many of the best games don't cost more than Rs. 1,600.

While we love playing games on home consoles, the reality is that most of us here at Gadgets 360 end up gaming a lot more on handheld devices. We made a list of the most popular handheld gaming consoles we've seen this generation and then narrowed it down by looking at what's easily available in India. We own most of the consoles named in this guide and have played lots of games on almost all of them. We've also reviewed a few of these devices, so we know exactly what to expect when you purchase any of these consoles.

Then we looked at the following things to pick the best handheld gaming device in India: library of games, how easy it is to buy games, cost of games, Internet bandwidth requirements, portability, and finally, support and service. In the end we looked at the pricing of the device as well to decide the winners.

Here are the portable gaming consoles we looked at and why they didn't make it as our main picks:

Affiliate links may be automatically generated - see our ethics statement for details.
Comments
Pranay Parab Email Pranay Pranay is in charge of podcasts and videos at Gadgets 360. Over the years, he has written over 500 tutorials on iPhone, Android, Windows, and Mac. He has also written in-depth reported features on the intersection of technology and culture, reviewed fitness wearables, been the social media manager, started two podcasts, and produced several tech videos. He loves travelling, particularly to places not frequented by tourists. He keeps running half-marathons across the country and hopes to complete ...More
Advertisement