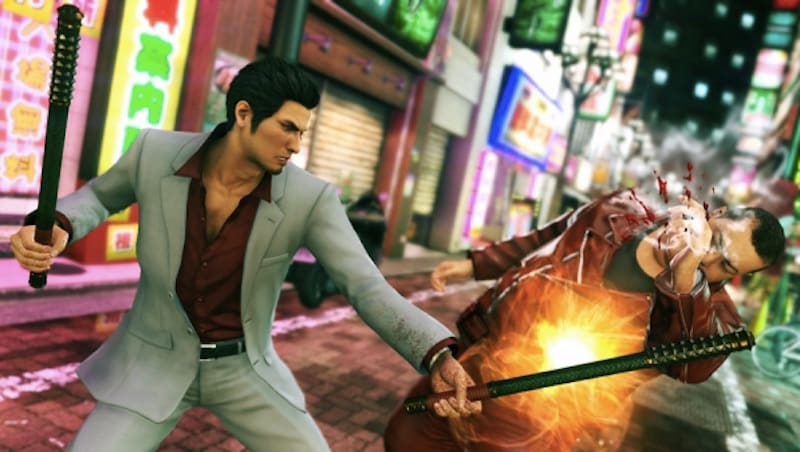 Yakuza Kiwami 2 for the PS4 is a remake of 2006's Yakuza 2 for the PS2. While Sega's second title in this long-running franchise has seen releases on the PS3 and Nintendo's Wii U in Japan, this is the first time that fans and newcomers in Europe, India, and the US can play it without a PS2. It's the third game in the series timeline following Yakuza 0 and Yakuza Kiwami. This year also saw Sega release Yakuza 6: The Song of Life, touted as the last adventure starring protagonist Kazuma Kiryu.

While we won't be surprised to see a brand new game in Sega's long-running gangster simulator franchise soon enough, Yakuza Kiwami 2 brings the familiar mix of bare knuckled brawling, heady exploration, and mini-games galore for old-timers to enjoy along with a retelling of its tale for those who were introduced to series through other games such as the popular Yakuza 0. We've been playing the final retail version of the game on the PS4 Pro and here are our impressions ahead of a full review closer to Yakuza Kiwami 2's August 28 release date.

As for the game itself, you'll find yourself traipsing between the locales of Kamurocho and Sotenbori — two fictional districts in Tokyo and Osaka respectively — much like Yakuza 0. And unlike that title, they look and feel grittier compared to the glitzy 80s stylings, as the plot of Yakuza Kiwami 2 takes place in the early 2000s.

This time, you're in the role of Kazuma Kiryu as you try to forge an alliance between two warring Yakuza clans. Without spoiling much, the story it has its fair share of twists and turns that keep things fresh enough to have us glued to the controller so far, though we'll reserve our final judgment for our review.

That said, Yakuza Kiwami 2 borrows from Yakuza 6 liberally. The combat is quite similar with some tweaks that make it less sluggish compared to Yakuza 6 (probably to account for Kiryu being 38 years old in this game versus 48 in Yakuza 6). You'll punch, kick, and grab an assortment of criminals with the press of a button, and unlock a host of skills and perks. From landing a strike just after evading an enemy attack to learning how to lunge into battle, there's some considerable depth in terms of customising your play style. Pulling off a successful combo of hits fills up your Heat bar, allowing you you to trigger quick time events that let you pulverise your foes in near cartoon-like fashion.

This is layered with a weapon and armour system. Early on you're taught that all manner of knives, clubs, bats, and guns have a place on the mean streets as do bulletproof vests. It will be interesting to see how this plays out as the game progresses. Despite being present in past entries, it appears to be more important this time around. Certain boss battles, for example, are easier to overcome by using items such as a golf club to stun them, allowing you to get more hits in.

These are some other welcome albeit, subtle additions. The biggest area of improvements are in its visuals. Sure, remaking a PS2 game isn't a big deal in an age of remasters aplenty, but thanks to the use of the Dragon Engine - the same tech that powered Yakuza 6 - Yakuza Kiwami 2 looks fantastic.

Every area, from convenience stores to dimly lit bars is visually consistent, it's a treat to look at with slick lighting and expressive character models. Jagged edges, which were present on the PS4 Pro version of Yakuza 6 are greatly reduced as is the odd shimmering effect that was a concern as well. And yes, much like Yakuza 6, there are no loading screens when you enter or exit combat, making for a seamless experience.

The prowess of the Dragon Engine is combined with reworked cut-scenes complete with camera angles not too dissimilar to a TV show. This results in a game that has a cinematic flair akin to watching a crime drama, which goes a long way in keeping you immersed in its proceedings. This could very well rival Yakuza 0's stunning environments and Yakuza 6's attention to detail, making it the best looking game in the series thus far.

At the moment, Yakuza Kiwami 2 seems to improve upon recent entries in meaningful, if not entirely drastic ways. Based on its early hours, Yakuza Kiwami 2 makes a solid initial impression, but will it keep the essence of the original intact? Find out in our full review later this month.