Hot on the heels of PUBG Mobile and Fortnite is Xiaomi's take on the battle royale genre with the generically titled 'Survival Game'. Announced for Android, Xiaomi's Survival Game was available via a closed beta test. The tech giant claims that Survival Game is in the stage of research and development with the closed beta not being representative of the final quality. We're glad Xiaomi highlighted this caveat on its Survival Game test group on Telegram. That's because of Survival Game's actual release has anything in common with its closed beta, it's something you should definitely avoid. We played Survival Game on a Poco F1 to tell you why.

First up, the music in Survival Game's menus bears a striking similarity to PUBG Mobile's. Hopefully it's a placeholder and gets changed in the final release. And Xiaomi Survival Game's obvious inspirations don't end here. The characters sport a cartoony, sci-fi look not too dissimilar to what you'd expect from a game like Overwatch. This futuristic look extends to the ship you find yourself jumping from too, resembling something out of Halo and the transition from messing around in the in-game lobby to spaceship isn't as jarring versus other battle royale fare like Fortnite. 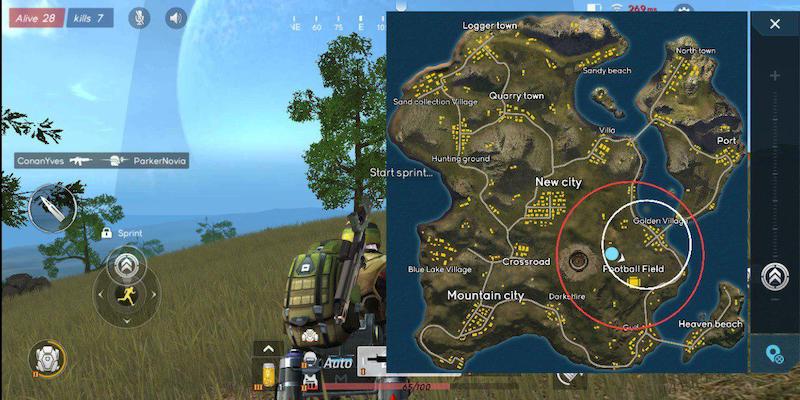 However it's when you finally find yourself on Xiaomi Survival Game's map do things truly fall apart. The map itself is a dead ringer for PUBG's Erangel in terms of layout. And while characters have a sci-fi style to them, nearly every structure on the map looks right out of the present day. There's the odd exception like a huge flying saucer and vehicles that bore an uncanny resemblance to Wasps from Halo.

The inconsistencies don't end here. Most weapons in the Xiaomi Survival Game are named after real-world equivalents like the Uzi and the MP5, but when you actually use them, they handle and feel like blasters out of Star Wars complete with 'pew-pew' sounds. There's no recoil or kickback and nearly every weapon we used felt the same. What's the point of taking the time to have each gun look different when they have near identical handling? Part of the appeal of battle royale games is adapting your play style to the guns and gear you find and this is sorely missing in the Xiaomi Survival Game. 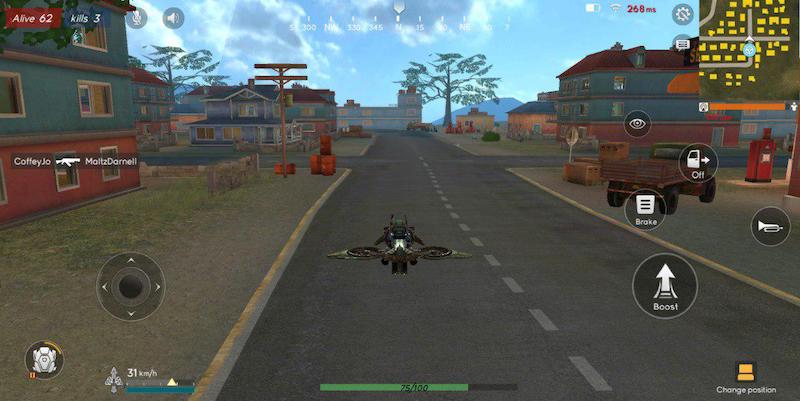 Despite these glaring missteps, there is one positive. Long pressing the jump button boosts you high in the air, enough to let you get to the roof of houses and buildings. The added mobility allows you to ambush opponents by shooting at them from above as well as giving you the option to evade fire by jumping far and away from danger. It's quite possibly the only thing that doesn't feel so obviously ripped off from other games.

At the moment, the Xiaomi Survival Game feel like a first-time student project cobbled together with pre-existing store assets with little thought or care. Survival Game's world feels as derivative as its title and it appears that Xiaomi lacks a basic understanding as to why the genre is such a huge hit to begin with. It seems like it is using this beta to crowdsource what's needed to make Survival Game work, as opposed to other betas that are near final representations of what you can expect when they're readily available. Perhaps all of this will be rectified when Xiaomi believes Survival Game is ready for prime time but right now, you're better off sticking to PUBG Mobile instead.