WWE's Sheamus on His WWE 2K17 Roster Rating, the Attitude Era, and More

In India, the WWE needs no introduction and neither do its games. Although the last couple of games have not been as good as fans would like, both these, and the TV shows remain hugely popular in India. So much so that theWWE roped in champion wrestler Sheamus to visit the country.

That aside, he’s an avid gamer. We picked his brains on video games, including the latest wrestling game in the series, WWE 2K17.

Like the New Day team, Sheamus is a huge fan of retro games and spent a lot of his childhood at arcades. He’s a big fan of football games such as ISS and FIFA, as well as being a supporter of Liverpool. That aside, he has had a hand making some of the older games in the series, doing motion capture work.

“I’ve done it in the past before I made the roster, did the Honkey Tonk Man one time years ago in a Legends game but I have not[recently],” he reveals. “I want to [do more motion capture] though. I think we all should do it. Eventually we should all do our own mo-cap. I think that's the next stage.”

“I’ve seen the evolution of video games from the time I started in WWE, with me myself involved, seeing this game and seeing how much attention to detail and endless hours developers and engineers have put in to replicating every super star male and female past and present in the largest roster ever I think its incredible," says Sheamus. "It's an absolute - it is I mean, I couldn't ask for 2K to do a better job of representing myself and the rest of the roster.”

And while he’s a fan of FIFA, he believes that the production values on the WWE series are a cut above it, simply due to a greater degree of control and a smaller roster.

“I think overall we're better than FIFA. I think FIFA will never be able to that because they got too many players and too many teams,” he says. “While 2K have access to the entire roster in Raw, Smackdown and NXT. It's highly possible that we can do that.” 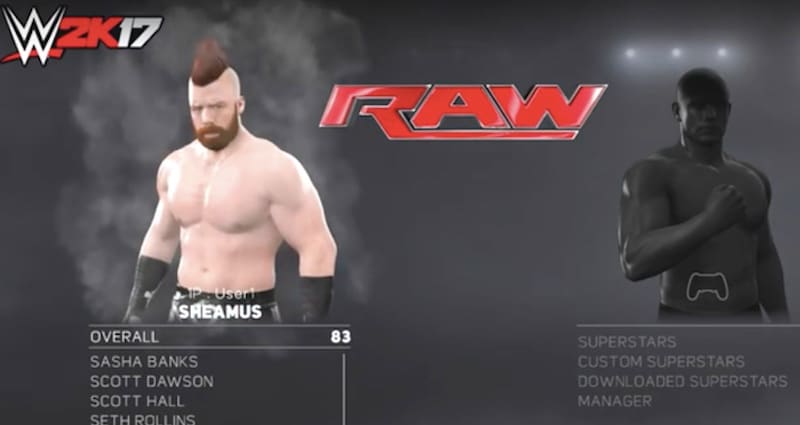 That said, Sheamus says he's unhappy about one particular thing when it comes to WWE 2K17 - and that's his position in the roster. The game gives him a rating of 83, far below some of the other top superstars, and Sheamus is not happy about it.

On the topic of television Sheamus’ character on the show has undergone a transformation from hero to villain, earning the audience’s ire. Surprisingly, he says he has no preference about being either a 'face' or a 'heel', simply preferring to get on with the show.

“As long as I'm progressing in something at all or in some storyline, something that's going to evolve my creativity, something that's going to push me and expand what I have already, that's all that matters to me. Whether it's good or bad, I don't care,” he says. Sheamus' last WWE championship stint was short-lived at 22 days. Narrative demands saw his reign cut short in order to allow Roman Reigns to progress in his feud with Triple H.

“My job was to try to get Roman Reigns back to where he needed to go. Roman Reigns is one of my favourite opponents, he's very very physical and one of the hardest workers," says Sheamus. "One of the coolest guys, we're in that ring together, we did one [match]. He beat me for the championship in Philadelphia where a year ago he was booed after winning the rumble,[now] the roof blew off the place, job done.” 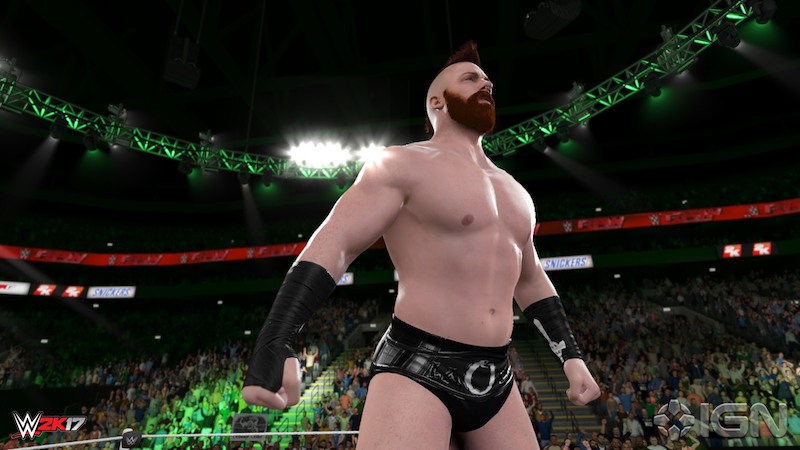 When wrestlers talk about progressing the storyline, or evolving creatively, it raises the question of the authenticity of what you're watching. With the WWE being a staged, scripted affair, we had to ask if he felt it took away from what he does.

“I don't think there's any artificiality. It's an entertainment show. You think that people would go see a movie and like 'Bruce Willis didn't really stop that Hans Gruber guy. That's terrible I don't believe that. There's no way he blew up that building on his own,’" says Sheamus. "I think it's like anything else. You watch a show and you get sucked in. People want to get taken out of the real world.”

At the same time he is quick to point out that the body blows in the squared circle are all too real. “Believe me when I say this, I've had two surgeries already, a lot of guys who've been there, like Seth Rollins who had his knee, Roman Reigns who had his nose,Finn Balor had to get his shoulder and bicep done," he says. "It's very real what we do in there. Physically there's nothing harder than what we do. And there's no off season. We go consistently, non-stop. So there's no two or three months to rest and sit on a beach for awhile. You get two days at home and you're back on the road again and we do that because we're passionate about what we do. And we love what we do.”

It's a reflection of the changing attitudes around the WWE that the superstars now talk openly about the part-real and part-make believe nature of the show. This also makes it interesting to look at the different eras of the WWE, to see how it changed. Many long-time fans peg the Attitude Era of the WWE, which spawned stars like The Rock and Triple H, at the very top of the pecking order. As a fan and a wrestler, Sheamus thinks differently, believing that the current presentation of WWE is the best.

“In the Attitude Era there was a lot more - there wasn't as much restrictions. People could do what they want but like our era now -we have more content than ever," he says. "More shows than ever and still put on these great, innovative matches that keep people interested. I also think we got the best athletes now as opposed to then."

"We're light years ahead from what they were. We're just completely different type-forms of athletes. So Attitude Era was great for what it was but we're in this era," adds Sheamus. "People concentrate too much on the Attitude Era. This is the era that matters and I think everyone in the roster is doing a great job.” 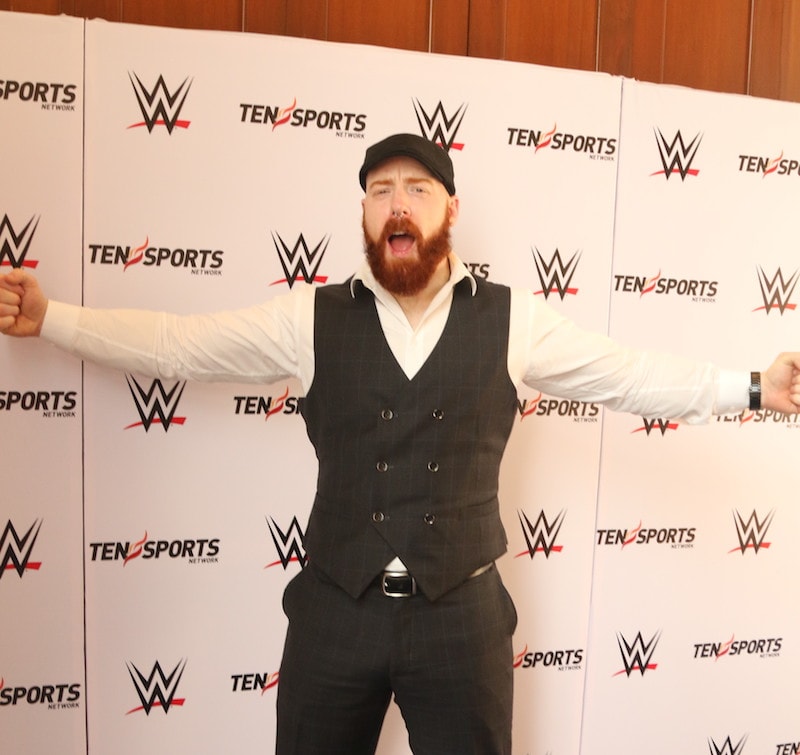 “I have a Vector Pulse watch that keeps track of my fitness but I feel like a lot of those things are not accurate," he says. "I feel a lot of the fitness things are not accurate. I think the most important thing is not to be worried about every single calorie, the important thing is to make sure you work out every day or as many days as you can and when you get in there, you know, less on your phone and more about getting a good workout in.”

Rather, the prevalence of fitness trackers distracts from the process of keeping healthy. “I think now it's become a thing where these fitness trackers, people are stopping every two minutes to see what their heart rate is and their calories and I feel like, get a good diet in you, get to the gym as much as possible and when you get in there, get some good music on, put your headphones on and just kill it. Push yourself as far as you can go. And that's the most important thing.”